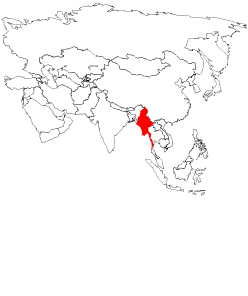 (MissionNewswire) The Opera Don Bosco Foundation, located in Milan, Italy, has been active in Myanmar for several years supporting youth through education and social development programs. To help aid youth in need, the foundation operates several Salesian centers across the country.

The Don Bosco Vocational Training Center in the city of Myitkyina is one such center. It offers carpentry, welding, electricity, automotive, tailoring, dressmaking and beautician programs. Over the last 11 years, more than 500 young men and women, aged 18-25 years, have graduated from its programs.

Because the school is located in the northernmost part of Myanmar within the Kachin State, which has a long history of armed conflict, some of the graduates are orphans or come from broken families. The school is operated by a small Salesian community with four Salesian priests, four sisters of St. Paul and eight volunteer part-time teachers/instructors. The volunteers come from various religious faiths including Catholicism and Buddhism and work together to educate the students.

Recently the Opera Don Bosco Foundation supported the Don Bosco Center in Myitkyina through the creation of a new study room for young students so they can better focus on their studies. In 2019, the Opera Don Bosco Foundation also inaugurated a new kindergarten building, which is operated by the Daughters of Mary Help of Christians in the Hlaing Thar Yar district of Yangon, a suburb inhabited primarily by Buddhists.

“These educational programs help ensure that youth have a chance to gain and education and have hope for a better life,” said Father Gus Baek, director of Salesian Missions, the U.S. development arm of the Salesians of Don Bosco. “Beyond education, Salesian missionaries aim to serve the whole person by making sure that basic needs like shelter and nutrition are met in addition to other social service needs.”

Myanmar is one of the least developed countries in the world, ranking 145 out of 189 countries according to the 2018 Human Development Report. Just over 37 percent of the population lives near or below the poverty line in the country. Poverty rates rise sharply to 70 percent for those living in rural areas. Only about half of school-age children complete their primary education.