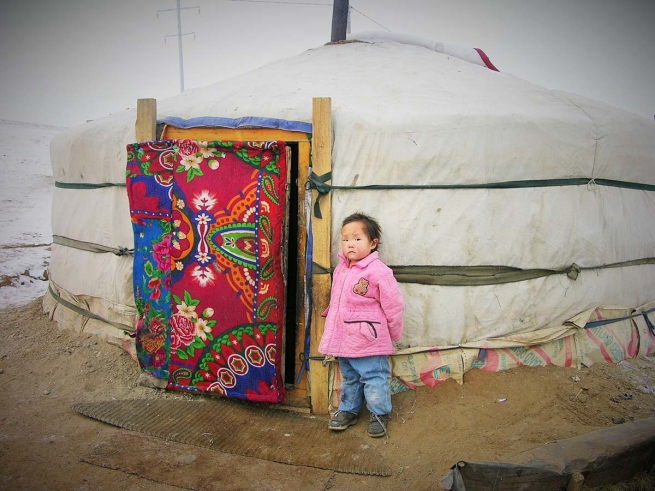 (MissionNewsire) Since 2001, Salesian missionaries have been providing shelter and education to poor youth in Mongolia. Salesian programs aid students who are having difficulty coping in traditional high school settings and families who are arriving in the capital city of Ulaanbaatar in desperate need of employment. In addition to basic educational courses, missionaries offer auto-mechanics, welding and computer classes. In 2003, responding to the growing needs in the community, Salesian missionaries added the Caring Center for street children and the Don Bosco Industrial Training Skills Center.

The Caring Center is a residential program for street boys and orphans aged 8 to 16. Currently, Salesian missionaries are providing shelter, food, and education to 20 young boys at the center.  After attending the Salesian high school, boys are able to access skills training at the Don Bosco Industrial Training Skills Center. Salesian missionaries also help the boys become self-sufficient and prepare to live on their own after graduation and finding a job.

“I am often worried when I think about the children I meet every day,” says Salesian Brother Krzysztof Gniazdowski, a missionary in Mongolia. “Many Mongolian families do not take care of their children and are only interested when the government gives them money. And it’s often the lack of income which causes families to break up. Children suffer the most because they remain on the street where they steal and are victimized and exploited.”

Working to help youth at-risk break the cycle of poverty and be free from victimization and exploitation, Salesian missionaries are providing skills training to 250 students at the Don Bosco Industrial Training Skills Center. The school is made up of 60 percent boys and 40 percent girls with the majority of youth, 64 percent, coming from the city and 36 percent from the rural countryside. The center offers course work in auto-mechanics, welding, masonry, plumbing, industrial sewing and fashion design, and office administration. All students are required to take computer literacy and English communication courses.

The center provides training in skills required in industries that have a need for new employees and that offer a livable wage. Creating coursework to meet the needs of local industry increases the rate of student success upon graduation. As a result, the employment rate for graduates of the center is among the highest in the country. Salesian programs enable students to quickly transition from the classroom into employment, putting their knowledge and skills into practice. Students that are able to quickly connect with livable wage employment are then able to give back to their families and their communities.

“As more people than ever before are moving to the capital of Ulaanbaatar, unemployment and homelessness among youth is on the rise so this education is important,” adds Bro. Gniazdowski. “Salesian missionaries in the city continue to create programs to assist those in need. From teaching job skills and providing shelters for street children to building full-time youth centers, missionaries are providing for those most in need and helping poor families break the cycle of poverty.”

Close to 28 percent of the population in Mongolia is living at or below the poverty line and with a significant jump to 35 percent for those living in rural areas as herders in the countryside struggle to survive as their traditional livelihood dissolves, and there are few job opportunities for young generations. Prior to 1990, the country received nearly 30 percent of its gross domestic product from the former Soviet Union and had a centrally planned economy with the government providing basic goods and a full range of public services. As a result, poverty in the country was very low even in rural areas.

ETHIOPIA: Unique Program Targets Poverty One Child at a Time