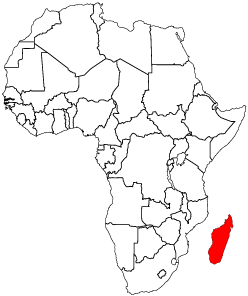 For the last 25 years, the water at the oratory had been brown and unsanitary for children and youth participating in Salesian activities. The water pipes were meant for the needs of up to 3,000 people but were used for 15,000 people. Before the project, which took place in 2018, there had been a shortage of water for those in need. People formed long lines at the public pumps in the neighborhood starting as early as 2:00 a.m. just to get one can of water for the whole day. Additionally, the pump that was used bordered the rice fields, which made the water susceptible to contamination.

With the funding provided, a new well was dug and water pump installed. Now the Salesian community has clean water for the kitchen, rooms and common bathrooms. Among the beneficiaries is a group of 20 street children who come to the Salesian community twice a week to wash their clothes and take a shower. Thanks to the new water supply, the youth don’t want to leave and they are more willing to engage in school and recreational activities at the Salesian center.

“It’s important that Salesian programs around the globe have access to safe, clean water for the health and safety of those we serve,” said Father Gus Baek, director of Salesian Missions, the U.S. development arm of the Salesians of Don Bosco. “Improving water and sanitation facilities brings a sense of dignity to communities and promotes proper hygiene and safe drinking water. Clean water also ensures that students are focused on their studies and not at risk of illness from unsafe water sources.”

In response to this crisis, Salesian Missions continues its “Clean Water Initiative” to make building wells and supplying fresh, clean water a top priority for every community in every country in which Salesian missionaries work.

Madagascar, an island in the Indian Ocean off the coast of East Africa, is one of the poorest countries in the world. Seventy percent of Madagascar’s almost 19 million people live in poverty with 5.7 million of those being youth between the ages of 10 and 24 years, according to UNICEF. This number is expected to double by 2025. Due to Madagascar’s poverty, geography and an ongoing political crisis, the country is ranked 158 out of the 188 countries classified by the 2015 Human Development Index of the United Nations Development Program. Women and children in the country are particularly vulnerable to the effects of poverty.

In order to help youth break the cycle of poverty and hopelessness, Salesian missionaries in Madagascar operate elementary, middle and high schools throughout the country. The focus of the schools is on providing educational opportunities, increasing literacy and laying a foundation for education well past the compulsory education required in the country. Access to education and training in social and life skills encourages graduates to find livable wage employment, breaking the cycle of poverty.