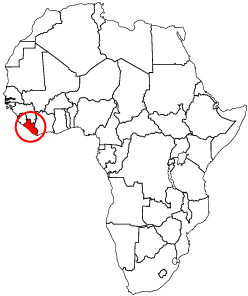 (MissionNewswire) Salesian missionaries have been responding to needs from those impacted by the coronavirus in Tappita, located in the Liberian forest. The first case of COVID-19 infection in Liberia was announced on March 16 in the capital city of Monrovia. To date, the official count shows 383 cases and 31 deaths, but it’s feared the numbers are much higher.

One of the challenges is that people are not convinced that there is a virus in Liberia. Father Riccardo Castellino, a Salesian missionary in Tappita, said, “While there have been great gestures of solidarity one of the biggest challenges is a group who has been freeing people from isolation and quarantine because they don’t believe the virus is real. They believe is the virus is a government ploy to take money and that those who have died were victims of the evil eye. Right now, illiteracy and superstition are much worse than the virus.”

Salesian missionaries have been responding with prevention. Missionaries have engaged youth to help with awareness-raising campaigns and educational activities about the virus and how to prevent it. The Salesian school has been closed since mid-March, and the medical dispensary continued its service, but at a slower pace. Many people have returned to the villages to work on their land to survive.

Various parish groups have put together as much relief support as they can to assist the neediest people like the elderly, sick, disabled and widows. A committee distributed food and sanitary items including rice, oil, hand-washing buckets and disinfectants. The past pupils of the St. Francis School in the area have done the same. 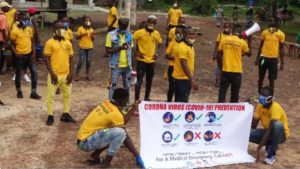 Recently, the mission received a subsidy through the province to help with the second distribution of food and health products. The school also met all staff, teachers and other employees who were forced to stay at home and were not collecting a salary. They, too, were provided with food support.

Construction has not been stopped in Liberia during the pandemic. While it’s continued at a slower pace, workers have finished the renovation of the small Salesian community house. Progress on construction of the church has continued, and the kindergarten has reached completion of the first phase with the foundation finished and windowing framing finished.

Fr. Castellino said, “We look forward with trust and hope. Behind the clouds, the sun continues to shine!”

Liberia is still recovering from civil war and the deadly Ebola epidemic that affected 10,678 people with 4,810 reported deaths, according to the World Health Organization. An estimated 64 percent of Liberians live below the poverty line and 1.3 million live in extreme poverty, out of a population of 4.6 million, according to the World Food Programme. Food security is also affecting 41 percent of the population and making chronic malnutrition high.

Whether working to rehabilitate former child soldiers or assist young women in overcoming barriers to education, Salesian programs in Liberia are providing opportunities for youth to live up to their potential through both academic and social programs. Salesian volunteer programs and Catholic schools have helped more than 2,300 students and their families.