LEBANON: Salesian missionaries continue to provide education and social programs amidst growing unrest and economic hardship in the country 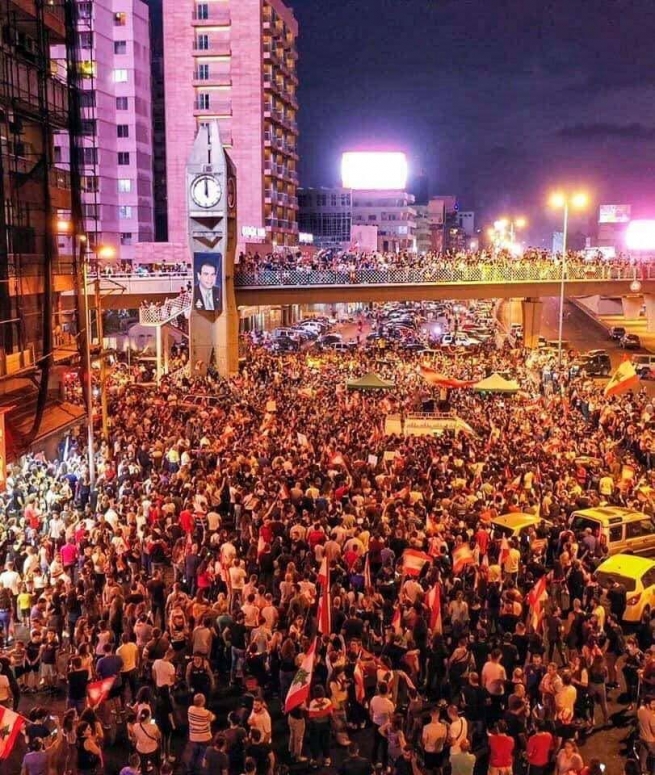 (MissionNewswire) Since the middle of October, Lebanon has been facing country-wide, non-sectarian protests, bringing hundreds of thousands of people into the streets in response to what they feel is the Lebanese government’s failure to find solutions to the country’s economic crisis that has been looming all year.

Salesian missionaries living and working in Lebanon report that the country is virtually paralyzed due to the closure of the main arteries, public offices, banks, universities and schools. This weighs heavily on the current precarious social and economic difficulties. The World Bank notes more than a third of the people in Lebanon live in poverty and that could rise sharply to 50 percent if economic troubles persist.

Unemployment, especially among youth, is already high and could further rise sharply. Children from poor families are less likely to be able to complete their education and have limited employment opportunities as they get older. Many end up stuck in low-wage, seasonal and high turnover positions. As many as 20 percent of Lebanese citizens live with unimproved sanitation facilities and 10 percent of poor households have no access to clean drinking water.

Lebanon is also dealing with more than one million refugees who have fled the Syrian civil war, according to the UN Refugee Agency (UNHCR). Salesian missionaries have been working in Lebanon since 1952 and currently have two centers. The one located in Fidar has Don Bosco Technique and a youth center. The Salesian community in El Houssoun has an oratory and a reception house that has been housing Catholic refugees since the start of the war in Syria.

Don Bosco Technique is one of the area’s few professional institutes and welcomes a large number of youth who have difficulties attending school. The goal is to provide them education and social supports so they remain in school and gain the skills needed for employment.

The institute, which currently trains more than 200 youth, offers several different programs for youth including mechanics, electrical installations, hairdressing, computer science and much more. One of the institute’s most praised and sought-after programs is focused on training catering and hotel staff students. There is a large employment sector across the world for graduates who want this kind of employment.

“Technical education, such as the catering and hotel program, helps ensure youth have an opportunity to gain an education and graduate with employable skills,” says Father Mark Hyde, director of Salesian Missions, the U.S. development arm of the Salesians of Don Bosco. “Because Salesian missionaries live in the communities in which they work, they are knowledgeable of market conditions and what employment sectors are the most advantageous for employment. Training programs are created in these areas to help youth have a smooth school to work transition.”

Deeply united with the people who are suffering, Salesian missionaries will continue their work with those who are facing economic difficulties in need of education and social development services.

ANS – Lebanon – The Salesians, tried by difficulties, in solidarity with local youth and people