ITALY: Salesian Missions joins in celebration of release of Father Tom Uzhunnalil, abducted in Yemen in 2016 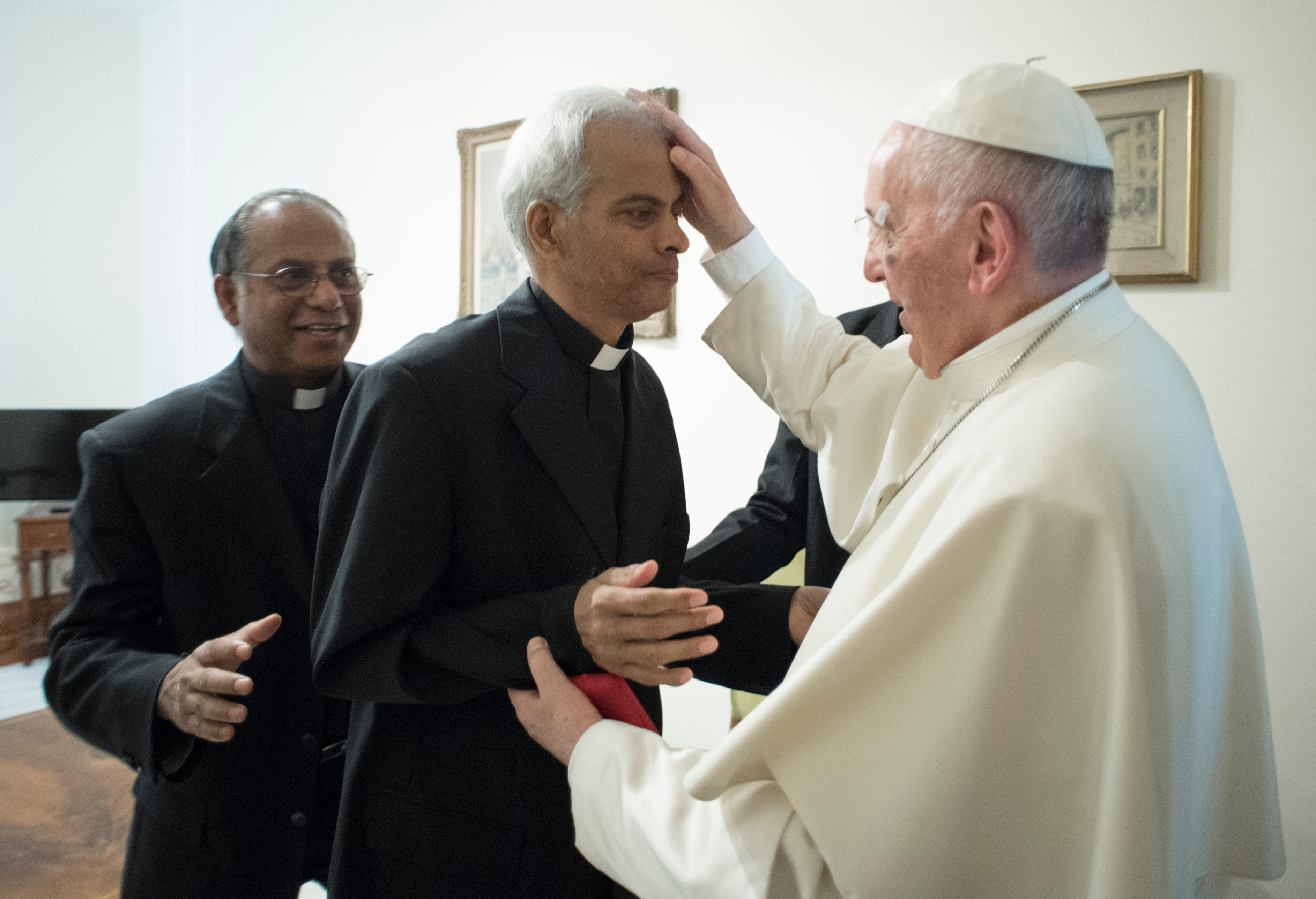 Salesian Missions, the U.S. development arm of the Salesians of Don Bosco, has announced that Salesian Father Thomas Uzhunnalil, who was taken by Islamist militants in March 2016, has been freed. In a statement reported in the National Catholic Register, the Vatican said that Fr. Uzhunnalil will remain for a few days at the Salesian community in Rome before returning home to India. The Vatican also thanked those who worked for Fr. Uzhunnalil’s release, especially the Sultan of Oman and his government. Since his capture 18 months ago, there was much uncertainty of his fate and little to no information about his whereabouts or condition.

Fr. Uzhunnalil’s release is being celebrated by Salesians and Catholics across the world. Pope Francis had been asking for prayers and appealing for his release since his capture as well. He has also praised the work of the Salesian missionaries in recent years, saying, “I am very grateful to the Salesians for the contributions they have made to my life.”

At the Vatican, Fr. Uzhunnalil met with Pope Francis at his Santa Marta residence. The National Catholic Register reports that Fr. Uzhunnalil bowed down to kiss the feet of Pope Francis, and the Pope immediately raised Fr. Uzhunnalil to his feet, embraced and encouraged him, assuring him he would continue to pray for him. The Vatican newspaper, L’Osservatore Romano, which reported the meeting, also added that the Pope was “visibly moved, and blessed him.”

Fr. Uzhunnalil was abducted on March 4, 2016 by Islamist militants during an attack on a Missionaries of Charity home in Aden, Yemen, where he had been working at the Salesian mission for four years. The attack left 16 people dead, including four sisters. Fr. Uzhunnalil was then held captive for more than 18 months. As reported by the National Catholic Register, after the meeting with the Pope, Fr. Uzhunnalil told reporters that he was not tortured and the militants did not behave badly towards him but that life in the Islamic State camp was “full of challenges.”

Salesian Missions joins in the celebration of the safe release of Fr. Uzhunnalil and thanks supporters for not giving up hope.

“Ever since his capture, the staff, benefactors and friends of Salesian Missions, New Rochelle, have been praying for his health, safety, and release from captivity,” says Father Mark Hyde, executive director of Salesian Missions. “We were filled with great joy when we heard of his release as were our supporters who shared their gratitude on social media. We offered a Mass in thanksgiving and continue to pray for Fr. Uzhunnalil’s recovery.”

The Salesian Rector Major, Fr Ángel Fernández Artime, met with Fr. Uzhunnalil at the Vatican and provided a statement on his condition. “In the afternoon of September 13, I had the joy and the happiness of meeting my beloved brother Fr. Tom, now in the Salesian community at the Vatican. I greeted him in the Indian style, and we gave each other a strong hug as a sign of fraternal affection. He is still thin, but I found him serene, lucid and with a great inner peace. He expressed his deep thanks to the Lord and to the Congregation, for he felt strongly accompanied by the Salesian Family who prayed for him, along with the religious of other congregations.”

Fr. Uzhunnalil’s story – of his capture, disappearance and now his release – has shed light on Salesian missionaries and the work that they do (most of which goes without much attention).

Fr. Uzhunnalil is among nearly 30,000 Salesian missionaries (priests, brothers and sisters) worldwide who provide educational and social development services for poor youth and their families in more than 130 countries around the globe. The religious order was founded by St. John “Don” Bosco. In 1841, he was ordained a priest and in 1859 established the Society of St. Francis of Sales – popularly known as the Salesians.

Salesian Missions, headquartered in New Rochelle, N.Y., is part of the Don Bosco Network — a worldwide association of Salesian non-governmental organizations. The mission of the U.S.-based nonprofit Catholic organization is to raise funds for the international network of Salesian-run programs that serve poor youth and families in more than 130 countries around the globe. Salesian programs assist poor and disadvantaged youth through education (academic, trade, agriculture) and workforce development initiatives, emergency relief and humanitarian aid, infrastructure support, clean water initiatives, and nutritional and health services. To date, more than 3 million youth have received services funded by Salesian Missions, and more than 6 million Americans, in the both the public and private sector, have helped make these programs possible through their generous donations (85 percent of all donations go directly to programs that help those most in need). To learn more, visit SalesianMissions.org.