ITALY: Salesian House Provides Home and Support for Separated Fathers and Their Children 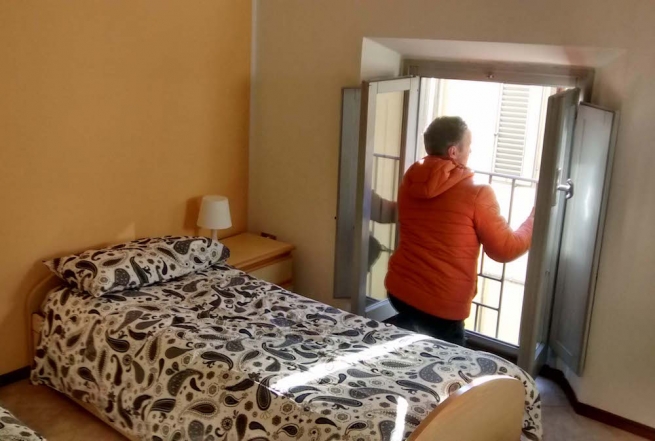 (MissionNewswire) Salesian missionaries in Prato, a city within Tuscany, Italy, recently launched Casa Francesco, a home for fathers and their children. The project, which was made possible with the support of the Poste Insieme Onlus Foundation, offers accommodation to fathers who are separated or whose marriage is in crisis and have one or more children. The home is part of the Salesian program in Sant’Anna and is managed by the Salesian association “La Lunga Domenica,”which for years has been supporting social activities for young people in the city.

The setup of the home allows for Salesian staff to develop relationships and share social occasions with the fathers and their children. There is space available for the fathers and their children and also space for them to invite their relatives for visits. Salesian staff are able to develop friendships with the father sand initiate dialogue and self-help. The project is meant primarily to support children and fathers who are struggling financially.

“Our condition gets less attention,” says Marco, one of the fathers staying at Casa Francesco. “Primarily the mother often has more rights than the fathers so this is an opportunity for us to bond with our children. I lost my job before we separated. That was 2010, and I have not found one since. Later, I had a series of health problems, some of them serious. In recent years, I have worked a bit here and there for three months as a mechanics for a company in Calenzano. Now, I’m waiting for them to call me about more work.”

Casa Francesco provides the shelter and support fathers often need during this transition time. It provides an alternative to homelessness and offers support for many who previously were sleeping in their cars or temporary houses and were not able to have their children with them. During their stay, they can access other services to help them get back to a stable place both emotionally and financially.

Italy, Europe’s third-largest economy, has close to 2 million children living in poverty, according to UNICEF. The poverty rate has risen in the wake of Europe’s economic crisis and unemployment is at its highest level since the late 1970s, with the overall jobless rate at 12.5 percent and youth unemployment as high as 41 percent.

Salesian programs across Italy help youth who are unable to attend school and others who drop out to work at the few jobs available to them. A growing number of children work as laborers on farms and others have turned to the sex trade to help support their families. Those in poverty often live without adequate shelter, hot water, regular meals and health care. According to UNICEF, a growing number of youth are living away from their families in temporary shelters and within government and charity programs because of inadequate support from or neglect by their families. Salesian programs work to combat these challenges by providing shelter, nutrition, education and workforce development services for youth in need.

ANS – Italy – Prato: A home for separated fathers and their children.