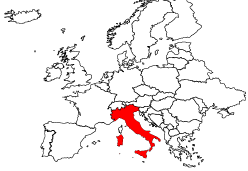 (MissionNewswire) Victims of human trafficking are finding hope for a better future through a hospitality course aimed at employment in the hotel and restaurant employment sectors thanks to a partnership between the Italian Red Cross and the National Salesian Center for Vocational Training and Ongoing Education (CNOS-FAP).

Siddhi, Cindy and Ritha are among the 22 women currently enrolled in the course at the Salesian Center in San Benigno Canavese, a commune on the outskirts of Turin, Italy.  The women in the program attend theoretical lessons and cooking, pastry and cleaning workshops and are then provided a 60-hour internship and job placement.

“Cindy takes care of whipping the egg whites,” says Daniela Gilardo, a course teacher. “Everyone in the course calls Cindy ‘Maestra’ because she not only creates a perfect product, but she does it by singing and dancing. Good humor spreads throughout the kitchen.”

Siddhi, who is 42 and from Nigeria, said, “I learned to cook many things including pasta, pizza and savory pies. I enjoy making bread at home, I don’t buy it anymore and my children love it.” Siddhi is always focused on the task at hand and is diligent in her work. She has thought of opening her own restaurant if the situation allows.

For most of the women, the course is a second chance in life. Ritha, a mother of a 6-year-old boy, is also from Nigeria. She arrived in Italy when she was still a girl. Ritha said, “It’s impossible to forget what I went through but engaging in this course is a distraction and at the same time it’s given me hope. I have an opportunity now for work at a cleaning company, a restaurant or a hotel. I would love to work in the industry after this course. Despite all the pain, life goes on and having people next to me who tell me that I can succeed gives me strength.” Ritha also wants to lead by example and show other women who have experienced the same pain to see that there are opportunities for a better future.

The courses, part of the European project “Pathways,” are providing support and education to migrants and victims of trafficking. For the last two years, the Italian Red Cross and seven other organizations from Italy, Greece and the United Kingdom have been engaged in these efforts.