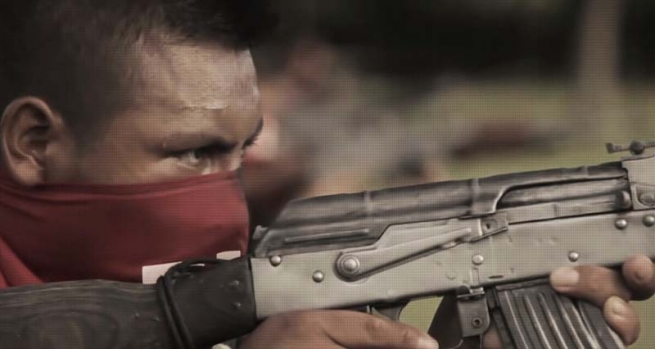 (MissionNewswire) Salesian Missions, the U.S. development arm of the Salesians of Don Bosco, joins humanitarian organizations and the international community in honoring Red Hand Day, also known as the International Day against the Use of Child Soldiers. The day was started when the Optional Protocol to the Convention on the Rights of the Child on the Involvement of Children in Armed Conflict entered into force on Feb. 12, 2002. This protocol was adopted by the General Assembly of the United Nations (UN) in May 2000 and has been ratified by 168 states.

In 2001, the UN Security Council sent a powerful message to the world that the recruitment of child soldiers would no longer be tolerated. Resolution 1379 requested the Secretary-General to attach an annex to his report on children and armed conflict, in which he would list parties to conflict who recruit and use children in situations on the Security Council’s agenda. Subsequent resolutions added four additional triggers for listing: sexual violence, killing and maiming, attacks on schools and hospitals, and abduction of children.

The first Child Soldiers World Index was launched in 2018 by Child Soldiers International, a human rights group. This provides the first comprehensive worldwide resource on child recruitment. The World Index covers all 197 UN member states and includes more than 10,000 data points, including data on national laws, policies and child recruitment practices worldwide. Currently, at least 46 states still recruit children under the age of 18 into their armed forces. In addition, there have been at least 18 conflict situations in which children have participated in hostilities.

“Children utilized in hostilities and war have faced unimaginable violence and abuses and need our support to have a second chance in life,” says Father Gus Baek, director of Salesian Missions. “In countries around the globe, Salesian missionaries work with former child soldiers so that they may overcome the traumas of war and reintegrate into society.”

In honor of International Day against the Use of Child Soldiers, Salesian Missions is proud to highlight programs that help child soldiers by offering education and psycho-social support. 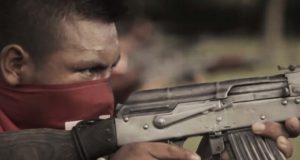 More than 50 years of armed conflict between Colombia’s many guerrilla movements, with FARC and the National Liberation Army (ELN) being the most infamous, as well as paramilitary groups and the Colombian government, has left behind some 8 million victims. Thousands of children have been part of these armed groups, forced to fight and kill at a very young age. These children are also victims, having been robbed of their childhoods, exploited and faced with unimaginable violence.

Don Bosco City is one of the oldest and largest programs for street children in Latin America. It is estimated that close to 6,000 minors are still utilized as child soldiers with thousands more having reached their 18th birthday after years of combat. Don Bosco City’s long rehabilitation process focuses on three key elements—how to trust, to have hope for the future and to build relationships with others. Psychologists and teachers work together with participating youth to give them tools for a brighter future including providing basic education and more advanced skills training that will lead to stable employment.

Since its start in 1965, Don Bosco City has rescued more than 83,000 boys and girls. Through the program, Salesian missionaries offer a multi-pronged approach designed to address the broad social issues that contribute to the poverty and exploitation these youth face while training them in the skills necessary to break the cycle of violence and poverty. Currently, there are 900 youth between the ages of 8 and 12 living and receiving education at the program. 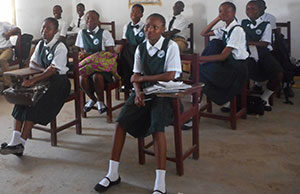 Whether working to provide rehabilitation to former child soldiers or assisting young women to overcome barriers to education, Salesian programs in Liberia are providing youth the opportunity to live up to their potential through both academic and social programs.

The Mary Help of Christians School in Monrovia provides a foundation of education and support for young students who would otherwise have limited opportunities to better their lives. The school started in 1993 and serves just over 560 students. It includes a feeding program which serves just over 100 of those students, ensuring they receive a nutritious healthy meal each day.

In addition to traditional schools in Monrovia, the Don Bosco Youth Center provides a foundation of education and support for students during its after-school program from 4 to 6 p.m. This program gives former child soldiers and other young people the opportunity to experience some of the joys of childhood.

Through the program, youth participate in recreational activities and sports. They can also participate in a cultural troupe where they sing, dance, act, practice African acrobatics and even perform at local functions. In addition to play and recreation at the youth center, participants have access to vocational training and academic courses as well as a women’s development program for women to learn self-reliance.

Salesian missionaries have been serving in Sierra Leone since 2001 when they began working to rehabilitate former child soldiers. In the years since, Don Bosco Fambul, located in the country’s capital city of Freetown, has become one of the country’s leading child welfare organizations—offering food, clothing, crisis intervention services, shelter, educational opportunities, long-term counseling and family reunification.

With a 120-person staff that includes mostly social workers, Don Bosco Fambul reaches out to thousands of street children in the region each year. The organization has implemented several interventions for children who have been abandoned, experienced violence and abuse and/or have found themselves in situations of prostitution.

Don Bosco Fambul’s Child Hotline is an around-the-clock counseling call center staffed by social workers—along with other trained professionals—offering hope and services for children who are living on the streets. The hotline served as an invaluable resource for prevention information during the Ebola epidemic. Staff working on the Child Hotline field close to 700 calls each week from children in crisis situations asking for advice and support. Roughly 100 to 120 of the calls require immediate attention and follow-up.

Once staff have engaged with at-risk youth, there are a number of Don Bosco Fambul programs they can access beginning with Salesian rehabilitation and reunification programs. These transformative and life-saving programs use a holistic approach that includes caring for the basic needs of each participant as well as offering personalized medical, psychological, pedagogical, social and spiritual care.