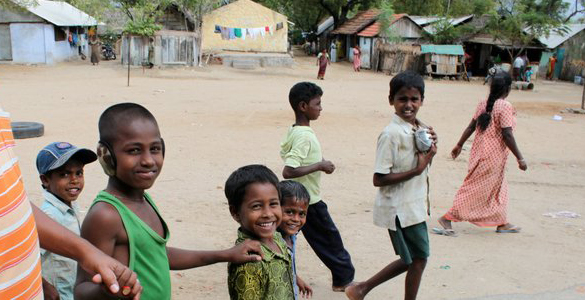 (MissionNewswire) India has the largest number of child laborers under the age of 14 in the world, according to UNICEF. Many are engaged in dangerous occupations and live life on the streets. In 2010, India passed a landmark law mandating that all children between the ages of 6 and 14 be in school, but according to UNICEF, millions of children remain in the workforce. Full implementation of the law was to go into effect in 2013, but child workers can still be found in almost every industry in India. The problem is enforcing the law, particularly in high poverty regions of the country.

With more than 400 million poor people, or one-third of the world’s poor, according to UNICEF, ensuring youth have access to education in order for them to find stable employment at the appropriate age and break the cycle of poverty, is a priority in the country. Although more than 53 million people escaped poverty between 2005 and 2010, most remain vulnerable to falling back below the poverty line.

In honor of World Day Against Child Labor, which is celebrated annually on June 12, Salesian programs in the Bangalore Province in the State of Karnataka in Southern India have been campaigning aggressively to raise awareness of the dangers of and issues associated with child labor.

“Children who are compelled to work, even for a fraction of the day, are deprived of the education they need to learn valuable skills that lead to stable employment later in life,” says Father Mark Hyde, executive director of Salesian Missions, the U.S. development arm of the Salesians of Don Bosco. “Unfortunately, in many situations, children are being forced to work around the clock with barely enough time to eat, let alone study, and their prospects in life are diminished.”

On June 12, leaders from the many Salesian-run child right’s clubs in India held public meetings and rallies in collaboration with government and non-government organizations, school students and the public in the cities of Bangalore, Chitradurga, Davangere, Deodurga (Raichur District), and Hospet (Bellary District).

Speakers denounced child labor and addressed its root causes while offering solutions to keep youth safe and engaged in education and social programs. Posters and flyers advocating children’s rights were widely distributed. Media channels have also been highlighting the Salesian campaign in several parts of the southern state.

Through several ongoing initiatives, Salesians have made considerable progress in fighting child labor. The Child Rights Education and Action Movement Project, launched in November 2012 by the Salesian-run Bangalore Rural Educational and Development Society, has started over 200 child right’s clubs that are responsible for training more than 8,000 children and adults on the rights of children while providing resources to keep children safe.

“By integrating intensive training in current social issues such as child labor, human rights, women empowerment and health and hygiene, among other topics, Salesians aim to effect long-term social change while helping youth to create a future where they can attend school and find jobs in dignified, safe and profitable fields,” adds Fr. Hyde.