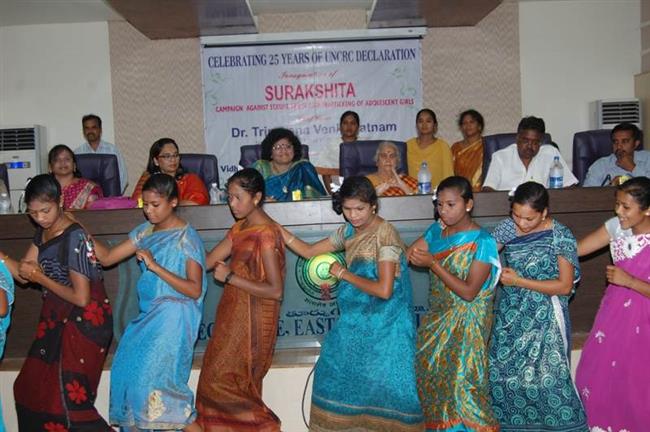 (MissionNewswire) Millions of girls in India face discrimination, exploitation and sexual and physical abuse because of their age and their gender, according to UNICEF. A recent UNICEF report, “Hidden in Plain Sight 2014”, details the incidence and prevalence of interpersonal violence against children and highlights global figures and data from 190 countries.

The UNICEF report notes that violence against children is often so prevalent and deeply ingrained in societies that it can go unseen and is many times accepted as the norm. In India, about 77 percent of girls between the ages of 15 and 19 have been subjected to sexual violence by their spouses, the report noted, with more than half of the girls in the age group having faced physical abuse at the hands of their parents. The report also indicated that each year an increasing number of children in India face sexual violence. In addition, it was noted that India had the third highest number of young homicide victims in 2012, with nearly 9,400 children and adolescents aged 0 to 19 killed that year alone.

Because physical and sexual violence is hidden from public view and tolerated in some societies, it is challenging to gather true statistical data on the magnitude of the problem. In India, a total of 48,338 child rape cases were recorded from 2001 to 2011 but researchers are aware that many more cases go unreported. Fear of social stigma and further victimization often stop children and their families from reporting these crimes. The effects of sexual violence are long-lasting with the abuse affecting both physical and mental health, often undermining a child’s development and compromising their ability to learn and socialize with their peers.

At the Don Bosco school in Ravulapalem on the outskirts of the city of Hyderabad in southern India, an awareness campaign was launched by the Salesian-run organization, People’s Action For Rural Awakening (PARA) in response to the growing need for prevention of sexual abuse and trafficking of adolescent girls. The campaign is called, “Surakshita” and was kicked off on November 13 in honor of the globally celebrated, Day of Disadvantaged Children.

“Protecting all children in our care is not just a responsibility, it is a priority and this awareness campaign demonstrates the Salesian commitment to the welfare, protection and empowerment of children,” says Father Mark Hyde, executive director of Salesian Missions, the U.S. development arm of the Salesians of Don Bosco. “Education is power and the more we can educate youth, especially young girls, about the dangers of sexual abuse and trafficking as well as provide them information and tools for prevention, the better chance we have at keeping them safe.”

As part of the awareness program, PARA has planned 500 two-hour workshops in selected schools and colleges across the two Indian States of Andhra Pradesh and Telengana. The programs are comprised of interactive sessions targeted to young girls to help them understand sexuality and learn about the methods sexual predators often use to prey on young girls. Information regarding the laws and policies that protect girls and address their disclosures of abuse will also be shared.

In addition, campaign posters were created highlighting awareness of sexual abuse and trafficking which will be displayed in schools and local youth centers and a quick reference handbook with information regarding laws and policies for the protection of adolescent girls and women was released. Members of Salesian-run human rights clubs are participating in the awareness program by bringing the educational program and awareness materials back to their respective schools.