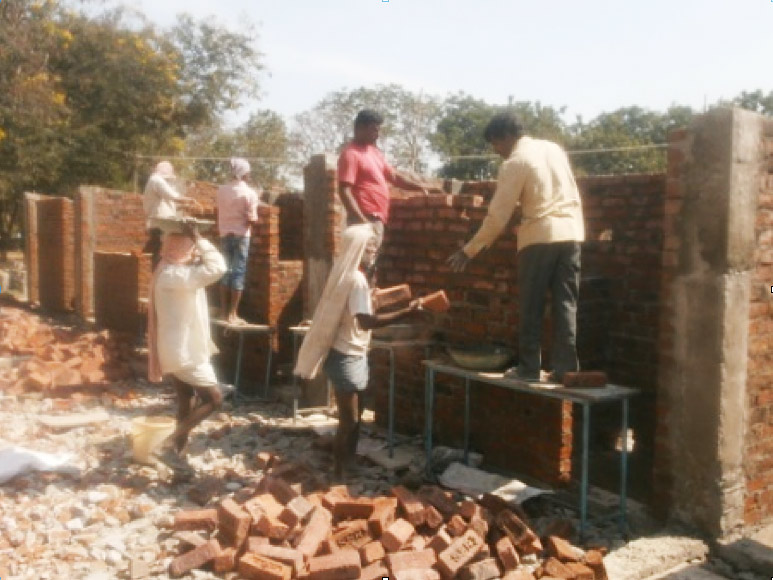 (MissionNewswire) Construction of new bathrooms and a clothes washing space is underway at Don Bosco Mariapuram located in the city of Warangal in the state of Telangana in Southern India. The project includes the construction of separate bathrooms for boys and girls as well as two water tubs and wash slabs for washing clothing. The goal of the project is to entice students back to Don Bosco Mariapuram by meeting their basic needs more effectively.

Don Bosco Mariapuram offers social development services and a middle and high school as well as vocational training programs. It also offers credit programs and assistance to poor women to help them start their own businesses. Many youth enrolled in the schools at Don Bosco Mariapuram come from a shelter at the Warangal railway station. Once these street children enter the school programs, they are provided housing, nutrition, clothing, school supplies and an education.

“This construction project will greatly impact Salesian students and provide them better access to safe sanitation and a place to wash their clothes,” says Father Mark Hyde, executive director of Salesian Missions, the U.S. development arm of the Salesians of Don Bosco. “We expect this project will reduce the number of children who become sick due to a lack of proper hygiene and safe water and encourage those who have dropped out to return to Don Bosco Mariapuram.”

With more than 1.2 billion people, India’s growing population is putting a severe strain on the country’s natural resources. According to Water.org, close to 104 million people do not have access to safe, clean water and 808 million have no sanitation services. Most water sources throughout the country are contaminated by sewage and agricultural runoff.

While India has made some progress in the supply of safe water, there remain gross disparities in safe water access across the country. The World Bank estimates that 21 percent of communicable diseases in India are related to unsafe water with diarrhea alone causing more than 1,600 deaths daily. Access to proper sanitation is extremely poor, particularly in rural areas where only 14 percent of the population have access to a latrine. In addition, hand washing is not commonplace and leads to an increase in the spread of disease.

Salesian missionaries across India are dedicated to ensuring that access to safe water is a priority in Salesian-run programs and schools and in the communities in which they operate.

“Water is vital for life,” adds Fr. Hyde. “Salesian Missions has made building wells and other projects that supply fresh, clean water a top priority for every community in every country in which Salesian missionaries work.”