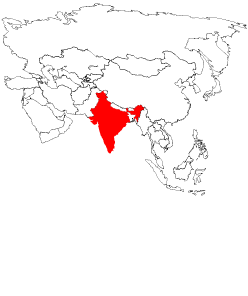 (MissionNewswire) The Don Bosco Development Society is providing education in 10 villages in the state of Rajasthan, India, for 300 extremely poor and disadvantaged children, including children of farmers and workers in quarries. The educational project is supported by the van Ameringen Foundation, which provides funds for innovative and practical programs for early intervention.

“Early education is critical for youth in order for them to gain a foundation of knowledge so they can advance to higher levels of learning,” says Father Gus Baek, director of Salesian Missions, the U.S. development arm of the Salesians of Don Bosco. “Primary education helps youth develop the skills needed both in the classroom and socialization with their peers that help them throughout their educational path and later in life.”

Salesian programs across India are primarily focused on education. Salesian primary and secondary education in the country helps youth prepare for later technical, vocational or university study. Programs also help to support poor youth and their families meet basic needs of shelter, proper nutrition and medical care in order for students to engage in their education and have hope for the future.

Access to professional training and workforce development services is highly valued by youth in India. India, which is home to 1.34 billion people (18 percent of the world’s population), will have overtaken China as the world’s most populous country by 2024, according to the World Economic Forum. While India has the world’s largest youth population, the country has yet to capitalize, leaving some 30 percent of this population not in employment, education or training.

India has the world’s fourth largest economy but more than 22 percent of the country lives in poverty. About 31 percent of the world’s multi-dimensionally poor children live in India, according to a report by the Oxford Poverty and Human Development Initiative. A multi-dimensionally poor child is one who lacks at least one-third of 10 indicators, grouped into three dimensions of poverty: health, education and standard of living.

India’s youth also face a lack of educational opportunities due to issues of caste, class and gender. Almost 44 percent of the workforce is illiterate and less than 10 percent of the working-age population has completed secondary education. In addition, many secondary school graduates do not have the knowledge and skills to compete in today’s changing job market.