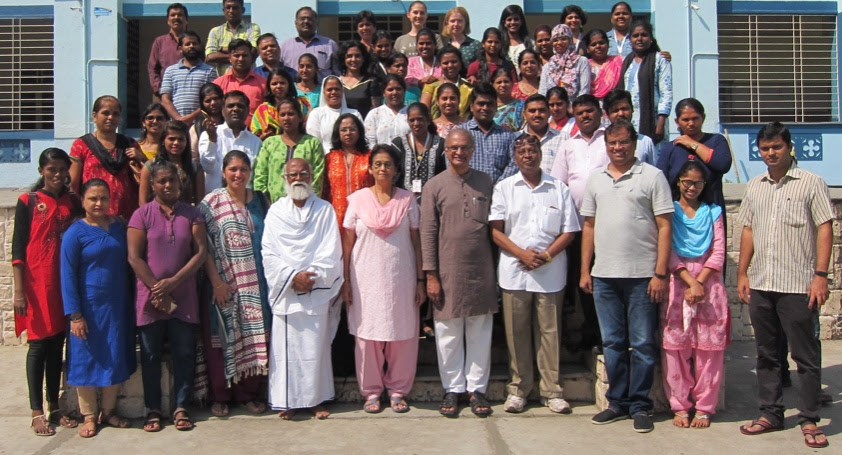 (MissionNewswire) Sixty-five professionals from 25 child care institutions in the Indian state of Maharashtra attended a seminar on “How to Handle Addicted Children” organized by Don Bosco Balprafulta and held at the Don Bosco Provincial House in Mumbai on Oct. 24. Father Thomas Koshy, executive secretary of the Don Bosco Young at Risk forum and Delhi Juvenile Justice Alliance, presided over the seminar which was moderated by Father Gregory Almeida, the director of the Shelter Don Bosco in Mumbai.

The goal of the event was to help the staff of child care institutions understand and gain deeper insights into addiction, its causes, signs and symptoms as well as diagnosis and treatment, and the risk factors involved. Participants listened to educational talks and participated in break-out sessions to discuss some of the issues and challenges they have faced in their programs.

S. Vijay Shankar, national coordinator of the Juvenile Justice Alliance and the Don Bosco Young at Risk forum, said, “The problems identified by the participants are not unique to the state of Maharashtra and are somewhat identical to the problems faced by child care institutes in other Indian states.”

He urged participants to work under one common platform so that issues can be voiced together, making it easier to lobby the Maharashtra government. He assured participants that the Juvenile Justice Alliance will help coordinate similar forums in other states so that advocacy can be leveraged on a national level.

In 2017, the Don Bosco Research Center in Mumbai, India, under the leadership of Father Ajoy Fernandes, concluded a three-year research study on substance abuse among school children. The study’s findings have been published in a teacher’s manual titled, “Preventing Substance Abuse Among School Children.” The 104-page report provides in-depth data on the drug habits of youth in India today.

India has a growing substance abuse problem, particularly among at-risk youth. While the World Health Organization (WHO) notes that there is significant difficulty in estimating drug usage and addiction rates in the country due to poor bureaucratic processes and census reporting, there is an overall increase in the rate of illicit drug use. Reported numbers indicate more than 3 million drug addicts in India.

Drug addiction is a major problem for many families and communities in the country. A lack of appropriate available care is a challenge and addicts are often left to be treated by their families at great financial cost. India also has 2.4 million people infected with HIV/AIDS, a disease of particular concern for intravenous drug users which make up 10 percent of the affected groups. The WHO notes there is an increase in heroin use in India, including among children as young as 13. There are 1 million registered heroin addicts in the country but treatment programs suggest that number may instead be as high as 5 million.

Since 2015, the Don Bosco Research Center has been conducting training programs on combating drug abuse at schools in the 10 Indian cities of Kochi, Kolkata, Mumbai, Pune, Goa, Hyderabad, Bengaluru, Chennai, Delhi and Chandigarh.

Salesian missionaries facilitate educational programs and the recent research on addiction to help school administrators and teachers understand issues related to substance abuse among school children and to offer methods of prevention. The research report highlighted vulnerability factors that could push a child into experimenting with substances. Individual factors include attention and learning disabilities and low self-esteem while other factors include conflict-ridden family lives, academic failure at school and the accessibility of harmful substances.

Several interventions have been highlighted to help steer a healthy, happy child away from substance abuse including developing good communication skills, social skills and trusting relationships with adults in order to access the support needed to resist pressure.