(MissionNewswire) Human Rights Education is now being introduced in government schools in Andhra Pradesh, India, with the goal of reaching all 300,000 schools in the state by August 2011.

“When people are aware of their rights, they have the power to take part in the decision-making process. They do not have to depend solely on the government to create changes in society and improve their quality of life,” says Fr. Thomas Pallithanam, a Salesian priest who led the development of the program, along with chairperson, Shri K.R. Venugopal.

According to a 2007 report by the National Human Rights Commission, creation of a strong and pro-active human rights community has been long overdue in India. The report outlines ways to introduce Human Rights Education into school curriculum to achieve desired transformation in social, cultural and economic policies.

According to Amnesty International, serious human rights concerns in India include class discrimination, severe poverty and the failure to provide justice for victims of human rights abuses. The World Bank cites “a tale of ‘two Indias’” saying that “while one India is on a rapid development trajectory, the other has 300 million people living below the poverty line and wide gender, caste, ethnic and regional disparities.

Participants in the inauguration of the Human Rights Education program included well-known child rights activists, a high court advocate and a representative from the National Law University.

A unique feature of this training program is the utilization of the Don Bosco educational concept known as the “Preventive System.” This approach was developed specifically for at-risk youth in the world’s poorest communities and utilizes a caring, holistic approach to education.

“We will be working to develop a culture of human rights in dealing with young people, as well as teaching them how to make positive changes in their lives that create hope for the future. Our goal is to take Human Rights Education out of the textbook and bring it into their daily lives,” says Fr. Pallithanam.

Fr. Pallithanam is a Salesian priest and a human rights activist in India associated with movements of the landless poor and the creation of women’s self-empowerment groups. He is also known for his work building community-based organizations in the village of Ravulapalem in the East Godavari district. He is currently serving as the director of the Peoples Action for Rural Awakening, a Don Bosco social action initiative which manages self-help groups in the area. 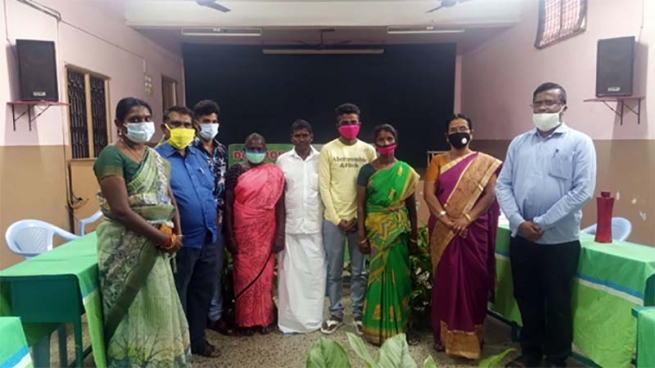 INDIA: A family reunites after 18 years