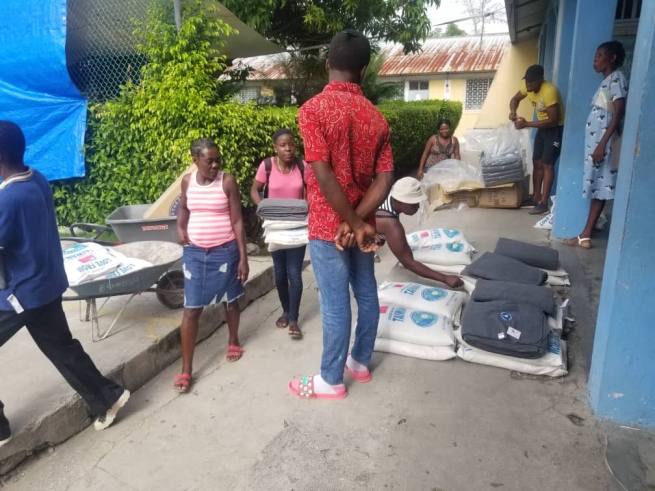 Salesian missionaries and Daughters of Mary Help of Christians respond with relief aid to those who were impacted by the 7.2-magnitude earthquake 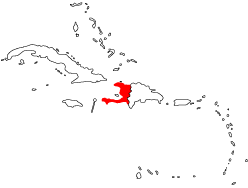 (MissionNewswire) Salesian missionaries and Daughters of Mary Help of Christians have been responding with relief aid to those who were impacted by the 7.2-magnitude earthquake that struck Haiti on Aug. 14. More than 2,000 people are believed to have been killed with thousands more injured and left homeless. Homes and businesses have collapsed and infrastructure needs to be rebuilt.

Salesians responded immediately during the aftermath and are now working with the local population to provide relief to the victims. Salesian missionaries and sisters are involved in the distribution of food and health kits for 3,000 families. They are also providing plastic roofs and construction materials to create temporary shelters for 400 families.

Another project has been launched to build a school canteen to provide meals for those in need. Currently, 1,500 meals are being distributed to students with the Salesian Diocesan Center for Arts and Crafts (CDAM) and nearby schools.

Salesians are also involved in providing psycho-social assistance to families affected by the earthquake who have lost a loved one or who have been injured. In addition, Salesians have launched a vocational and technical training project for 700 youth. The training will be short and tailored specifically to prepare youth for rapidly finding a job and contributing to the country’s reconstruction.

Daughters of Mary Help of Christians, who facilitate educational programs in the country, are also committed to providing aid. Their community in Les Cayes suffered devastating damage during the earthquake. Sister Marie Mercie Raphael, economer, said, “Outside, among the collapsed buildings, people ran while the injured were pulled out of the rubble. The 2010 earthquake was still fresh in our memories. But the Lord saved me.”

“We will have to rebuild,” added Sister Raphael. “People immediately came to us in search of drinking water and food. Here, they gathered to sleep in the open, considering the risk of collapse under the aftershocks.”

Sister Rose Monique Jolicoeur, outgoing superior of the community and school manager, explained that despite the risk of collapse sisters continued to help those affected by the earthquake. She said, “We don’t talk about standing still. There is always hope! God’s hand has preserved us, because if the earthquake had occurred at eight in the morning, in full school hours, it would have been even more disastrous.”

Salesian Missions, the U.S. development arm of the Salesians of Don Bosco, has set up a fund to help relief and reconstruction efforts in Haiti. To give to the Haiti fund at Salesian Missions, visit SalesianMissions.org/lp/Haiti-earthquake.