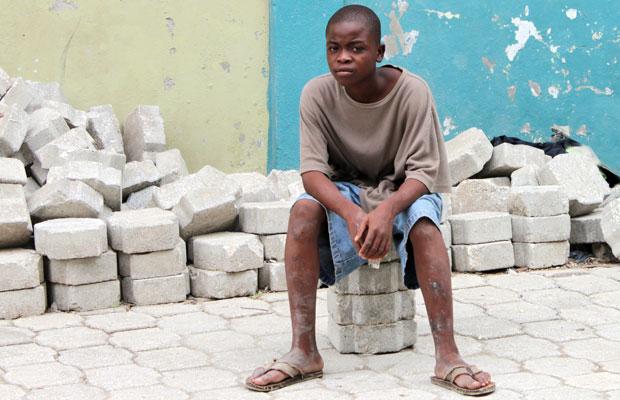 (MissionNewswire) In the wake of the devastating earthquake that struck Haiti on January 12, 2010, Mr. Giancarlo Oderda, a loyal Salesian Missions supporter, worked with the organization to build nine classrooms in the impoverished village of Bergeaud, located in the southwest seaport city of Les Cayes. Here, Salesian missionaries run a vocational training center for youth. The new classrooms are part of what will become a new school that will serve hundreds of students in the area.

Last year, more than 3 million Haitian children returned to school with 20,000 of them educated in Salesian-run institutions. The country’s educational system is continuing to rebuild after the earthquake destroyed 90 percent of schools and 60 percent of hospitals, killed thousands of people and left more than 350,000 injured. For Salesian missionaries in the country, schools in Haiti fulfill an important socio-economic mission by providing a foundation of lifelong learning for poor youth and teaching them valuable skills and trades to help them escape poverty and establish a sustainable livelihood.

Despite ongoing reconstruction and infrastructure improvements that are helping to rebuild the country after the earthquake, Haiti remains the poorest country in the Americas and one of the poorest in the world. Over half of its population of 10 million lives on less than $1 per day and approximately 80 percent live on less than $2 per day, according to the World Bank.

“Even before the earthquake, Haiti was one of the poorest countries in the world and was desperately in need of schools and qualified teachers,” says Father Mark Hyde, executive director of Salesian Missions, the U.S development arm of the Salesians of Don Bosco. “The earthquake diminished the few educational opportunities available for a generation of girls and boys already facing a future with little hope. Education is one of the most crucial factors in determining whether or not a child can escape a lifetime of poverty so it is imperative we do all we can to rebuild.”

Once Mr. Oderda saw and understood the educational challenges in Haiti resulting from the earthquake, he was moved to act. To date, he has provided the financial underwriting for the construction of four of the nine classrooms with more on the way. When the project is completed, the new school will be comprised of the nine classrooms as well as a laboratory, library, infirmary, bathroom facilities and a teachers’ lounge, all fully  furnished. The new school will be able to serve 360 students aged 6 to 15 who will have the opportunity to gain the basic education needed to enter the Salesian-run technical school at the same location.

“My aim is to help a devastated country by building a school where young people can learn the skills for a real job, one that will allow them to become independent and free from the chains of poverty,” explains Mr. Oderda in a recent video he created about the project.

Salesians missionaries in Haiti are focused on providing education and technical training to help break the cycle of poverty and bring hope to the Haitian people. Mr. Oderda chose to partner with Salesian Missions because of the organization’s nearly 80 years providing educational and workforce development programs and opportunities in Haiti. Salesian programs are made possible through the ongoing support of donors who help provide funding for this important work.