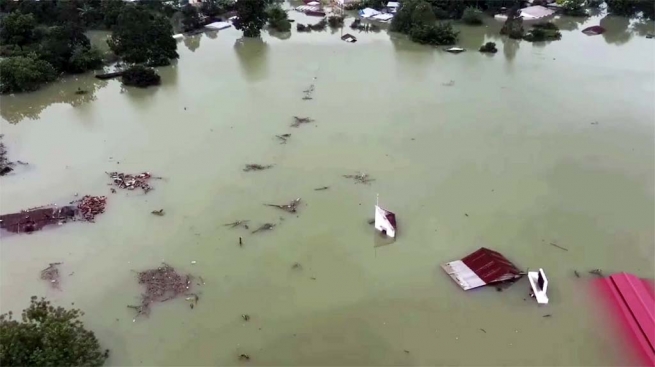 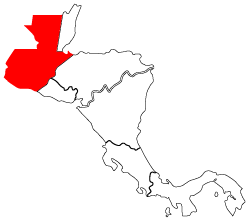 (MissionNewswire) Salesian missionaries in Guatemala are working to assess damage and provide support in the wake of Hurricane Eta. The hurricane struck Guatemala after making landfall on Nicaragua’s Caribbean coast on Nov. 3 as a Category 4 storm. Hurricane Eta then caused widespread flooding and damage in Guatemala, Honduras and Panama before inundating roads and knocking out power in Florida.

According to news reports, millions of people in Central America, many in rural Indigenous communities, have been affected and at least 120 lives have been lost across the region. Many more are missing and presumed dead after landslides submerged villages.

“Even now, we have no idea of ​​the exact number of communities affected,” said Father Vittorio Castagna, a Salesian missionary stationed in San Pedro Carchá, Alta Verapaz, Guatemala.

The Salesian community of Carchá has eight priests who serve 350 villages, including more than 5,000 Indigenous students. At least 40 of the villages have been directly affected. The rains, strong winds and landslides have damaged houses with some completely destroyed because they are under flood water. Many roads have been lost and there are communities that are no longer reachable. People have lost everything and are facing a challenging road ahead. 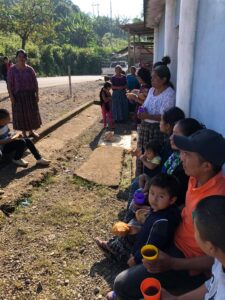 Villages have opened their schools and churches to welcome people displaced by Hurricane Eta in Guatemala.

“It hasn’t rained for three days, yet the water continues to rise and people are unable to go out,” explained Fr. Castagna. “I saw some of them with deep sadness, feeling alone and insecure. The displaced people are now crowded into a very small place. It is a very uncomfortable environment, and this is indeed a trial for them.”

The people who managed to escape from the villages are now in shelters, while the rescue helicopters are still looking for ways to get people to safety. Villages close to the flooded ones have opened their schools and churches to welcome the displaced.

Fr. Castagna added, “We are happy that, although there was no direct indication, the people of the villages have organized themselves to help the surrounding communities. They offer them three meals and a dry place. I was happy to see this spontaneity of the church which is becoming a sister, close to the people.”

It is currently not possible to calculate the number of shelters, as every possible option has been used to accommodate people. Salesians are receiving help from Guatemala City and Central American countries. Delivering relief supplies is challenging since telephone services has been interrupted and needs are only being discovered once missionaries reach each location.

This is a high-risk situation, not only because of the rains, but also because of the pandemic. Many people in shelters without the necessary protection could increase the spread of COVID-19. “We ask the Lord to give us a hand in order to help the many people who need us,” concluded Fr. Castagna.

Rural poverty hasn’t changed much in Guatemala during the last 20 years, according to the World Bank. While 70 percent of Guatemalan citizens live below the poverty line, the number is as high as 91 percent for its Indigenous population. Many rural residents in Guatemala have only completed a 6th-grade education. This is largely due to the expenses required to send children to schools which are often located far from their homes.

Salesian missionaries working and living in the country have been providing for the basic needs of Guatemala’s youth while helping to break the cycle of poverty in their lives. They work extensively with poor youth and their families at youth centers, orphanages, parishes, and primary and secondary schools as well as operate technical schools, vocational training workshops and two universities in the country.

In response to the overwhelming need, Salesian Missions has launched its Central American Hurricane Relief Fund. Those who want to support these efforts are urged to make a donation online at salesianmissions.org/lp/hurricane-central-america/.

ANS – Guatemala – Fr Castagna, SDB: “We ask the Lord to give us a hand”