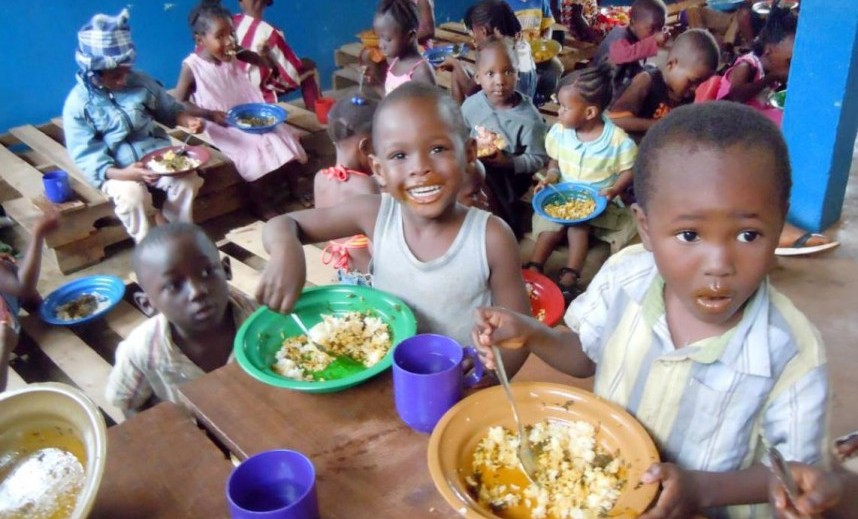 (MissionNewswire) More than 805 million people across the world go hungry every day, according to the Food and Agriculture Organization of the United Nations. Over 70 percent of food insecure people live in rural areas of Africa, Asia, Latin America and the Near East. Additionally, two billion people lack the vitamins and minerals needed to live healthy lives, according to the World Food Program and the United Nations.

Each year, Oct. 16th marks the observance of World Food Day aimed at bringing attention to the plight of the world’s hungry and undernourished while providing an opportunity for a deeper understanding of the complex solutions for ending hunger. This year’s theme is “Family Farming: Feeding the World, Caring for the Earth.”

Of those who go hungry daily, 98 percent reside in developing countries where there is not only a shortage of food, but major challenges for aid to reach its destination. Salesian Missions’ programs are dedicated to developing sustainable food systems and providing agricultural education in more than 130 countries around the globe. Operating primary schools, technical training centers, youth centers, orphanages and programs for street children, Salesian missionaries are on the front lines of the battle against hunger. Working and living in the communities they serve, Salesian missionaries are perfectly positioned to ensure that the distribution of food aid reaches those who need it most.

“Salesian missionaries are an integral part of the existing infrastructure in many countries and Salesian Missions plays an important role in making sure aid from the United States reaches its destination country and gets into the hands of those who need it most,” says Father Mark Hyde, executive director of Salesian Missions, the U.S. development arm of the Salesians of Don Bosco.

Through ongoing partnerships, Salesian missionaries are able to deliver life-saving food aid and other supplies to those most in need.

“Feeding programs are a necessity to meet the needs of the massive number of children around the globe who are hungry today,” adds Fr. Hyde. “Meals children receive at Salesian schools may be their only meals. This food not only encourages them to attend school, it allows them to focus on getting the education they need without worrying about where their next meal will come from. Children cannot learn on an empty stomach.”

This World Food Day, Salesian Missions is proud to highlight some of its partnerships with other U.S. nonprofit organizations that make the delivery of life-saving and life-changing meals possible.

Stop Hunger Now is an international relief organization that provides food and life‐saving aid to the world’s most vulnerable. More than 164,000,000 meals have been packaged and distributed with other life-saving aid to 65 countries, impacting millions of lives. The nonprofit provides more than just food aid. It also provides significant in-kind aid (such as food, medicines and other supplies) that support education and vocational training programs which are proven to have long-term sustainability—like those run by Salesian NGOs around the globe. Stop Hunger Now partners with Salesian Missions (in New Rochelle, N.Y.) which works to identify needs and coordinate delivery of 40-foot shipping containers full of meals, supplemented with additional supplies when available. The partnership was developed in 2011 and since that time, 58 shipping containers, including more than 16 million rice meals, have been successfully delivered to 19 countries around the globe. The meals and life-saving aid has helped to nourish poor youth at Salesian schools and care for those in need of emergency aid during times of war, natural disasters and health crises. Recently, two Stop Hunger Now shipments helped Salesian missionaries provide food aid and emergency medical supplies to missionaries working to help Ebola victims and their families in Sierra Leone and Liberia. More than 200 families benefited from this donation and the food aid provided an avenue for educational workshops about Ebola prevention and preparedness. Within the past year, Stop Hunger Now shipments were delivered and shared among Salesian programs in the Central African Republic, Uganda, El Salvador, Haiti and Honduras, among other countries. The Stop Hunger Now meal packaging program was created to give dedicated individuals the opportunity to participate in a hands-on international hunger relief program and to become educated, engaged advocates for the world’s poor and hungry. For more information, go to www.stophungernow.org.

ABOUT FEED MY STARVING CHILDREN

Salesian Missions is headquartered in New Rochelle, NY, and is part of the Don Bosco Network—a worldwide federation of Salesian NGOs. The mission of the U.S.-based nonprofit Catholic organization is to raise funds for international programs that serve youth and families in poor communities around the globe. Salesian missionaries are made up of priests, brothers and sisters as well as laypeople—all dedicated to caring for poor children throughout the world in more than 130 countries. To date, more than 3 million youth have received services funded by Salesian Missions. These services and programs are provided to children regardless of race or religion. For more information, go to SalesianMissions.org.