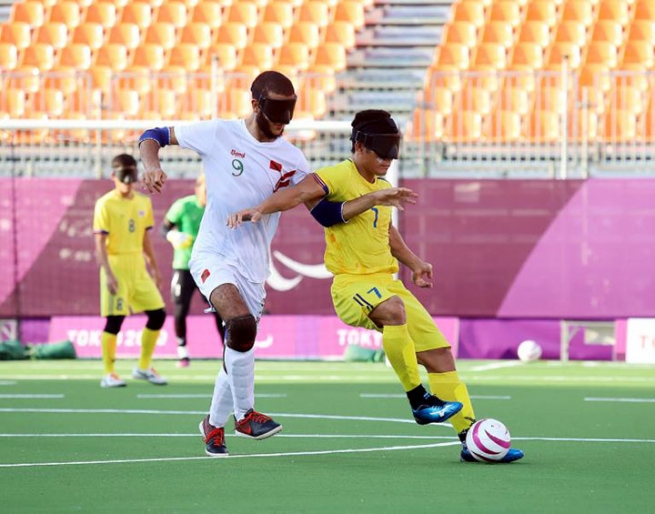 Athletes from Spain and Thailand participated in track and field events, 5-a-side football

Fernández achieved seventh place in the long jump with her jump of 4.85 meters. Rico won the silver medal in the shot put in category F36. She threw a personal best of 9.62 meters, just 11 centimeters less than the gold medal winner Galina Lipatnikova from Russia. Rico is the second Paralympic medalist to have attended the Salesian school in Ibi. Jorge Peleteiro Rubio won a bronze medal in 7-a-side football at the 1996 Atlanta Paralympic Games.

The Thai national 5-a-side football team for the blind participated for the first time in the Tokyo Paralympics. The team included four former Salesian students from the Skills Development Center for the Blind based in Pakkred, in the province of Nonthaburi. The team had Kupan Panyawut as forward, Wimolwan Kittithat as defender, Baodee Kittikorn as secondary forward and Yingchuros Suriya as midfielder. At the end of the competition, the Thai team took seventh place, winning against France with a score of 3-2. Salesians sent their warmest congratulations to these former Salesian students who had the privilege and the honor of representing Thailand.

“Salesian schools and educational centers have a focus on sports education among its regular curriculum,” said Father Gus Baek, director of Salesian Missions, the U.S. development arm of the Salesians of Don Bosco. “Sports programs teach youth both on and off the field. Learning and playing team sports encourage leadership skills as well as teach youth to work as part of a team. Students also learn important social skills and have opportunities for growth and maturity. We congratulate these young athletes for competing in the Tokyo 2020 Paralympic Games, representing their home countries and Salesian education.”