(MissionNewswire) Europe is experiencing a maritime refugee crisis of historic proportions, according to UNHCR, the United Nations Refugee Agency. Already in 2015, more than 300,000 refugees and migrants have crossed the Mediterranean Sea on their way to Europe. At the end of 2014, 59.5 million people worldwide, the highest level on record, were forcibly displaced as a result of persecution, conflict and human rights violations and of those documented, 19.5 million were refugees.

In 2014, European Union countries hosted a relatively small share of refugees. At the end of 2014, the world’s top refugee host was Turkey followed by Pakistan, Lebanon, Iran, Ethiopia and Jordan. Lebanon hosted by far the largest number of refugees by population. By the first six months of 2015, 137,000 refugees and migrants arrived in Europe by sea under profoundly difficult and unsafe conditions as compared to the 75,000 that arrived during the same time period last year. The numbers are expected to continue to rise throughout the rest of 2015.

Syrian refugees make up the single largest group followed by refugees from Eritrea and Afghanistan. High numbers of refugees from Somalia, Iraq and Sudan who are in need of international protection are also arriving in Europe. According to UNHCR, the majority of those arriving in Europe in the first six months of 2015 were men searching for a safe place to live and work before attempting to reunite later with their families. However, this total also included large numbers of women and children, including thousands of unaccompanied and separated children.

Often the lack of legal routes to safety leaves no choice for many men, women and children other than to turn to smugglers at enormous cost and danger to their lives. Before arriving in Europe, many have suffered high levels of abuse, exploitation and human rights violations.

In countries around the globe, Salesian missionaries are assisting close to 400,000 refugees and internally displaced persons whose lives have been affected by war, persecution, famine and natural disasters such as floods, droughts and earthquakes. Salesian programs provide refugees much needed education and technical skills training, workforce development, healthcare and nutrition.

Salesian missionaries are working across Europe helping to provide needed services for the new wave of refugees arriving in these countries.

In Sicily, Salesian missionaries have revamped a reception center for children who come to Italy looking for a better life. The reception center provides the first emergency point of contact for unaccompanied migrant and refugee minors. By creating two new sections within the existing center, missionaries have been able to add an extra bedroom and bathroom as well as a new bathroom for staff. The center also includes a living room and balcony that serves as a communal area to encourage sharing and relaxation.

All the fittings and interior doors of the premises have been replaced and new furniture has been acquired including a television set, DVD player, computer, cookware and plates. Currently, the house can accommodate up to 12 youth. The center offers an immediate welcome and safe space and is prepared to offer accommodation for as long as necessary until youth find a suitable, more permanent solution. The new structure also offers educational initiatives including language skills training and legal assistance to help youth begin a new life in Italy.

In addition to the center in Sicily, the Salesians of the Special Circumscription of Piedmont and Valle d’Aosta are active in welcoming refugees to their new reception center at the Don Bosco Institute in Alessandria, a city in Piedmont, Italy, and the capital of the Province of Alessandria. And in Turin, Italy, Salesian missionaries are working with the local government to actively plan a new center for refugees while assessing what assistance might be needed to help unaccompanied youth long-term.

The German Province of the Salesians of Don Bosco has been strengthening its commitment to young refugees. To meet the large and growing need in Germany in recent weeks, Salesian missionaries have been continually increasing the number of houses where they give assistance to youth in need.

In addition to new houses, missionaries are now offering temporary housing. Today, 11 Salesian programs across Germany are caring for 448 refugee youth and more accommodations are being prepared to accept additional refugees as the need increases. Most of the refugees are young males between 16 and 18 years of age who have come to Germany from African countries, Afghanistan, Iraq and Syria. The boys are provided shelter in Salesian houses that can accommodate up to 12 people with four social workers available 24 hours a day.

In Madrid, Salesian missionaries are developing programs across the country in preparation for additional refugees seeking services. Missionaries are working with local governments and other social programs to respond to the refugee crisis.

Salesian missionaries who have previous experience working with young refugees and their families are helping to start additional Salesian programs that will address the needs of today’s refugee youth. Many of the new programs focus on meeting the immediate needs of newly-arrived refugees and go on to address the need for education and employment. Missionaries are also working with local schools to help assimilate children from refugee families into classrooms.

Salesian Sisters with the Daughters of Mary Help of Christians are working with the local government and diocese in Madrid to determine the most appropriate course of action to respond to and assist refugees from Syria. Currently, the Salesian Sisters operate six socio-educational projects that offer services for children at risk of social exclusion (many of them immigrants) and a social work project that was created to provide education and workforce development services to help decrease youth unemployment and educational inequality for those in poverty, especially girls.

ANS – Spain Welcoming Refugees: the Salesians in Spain are ready 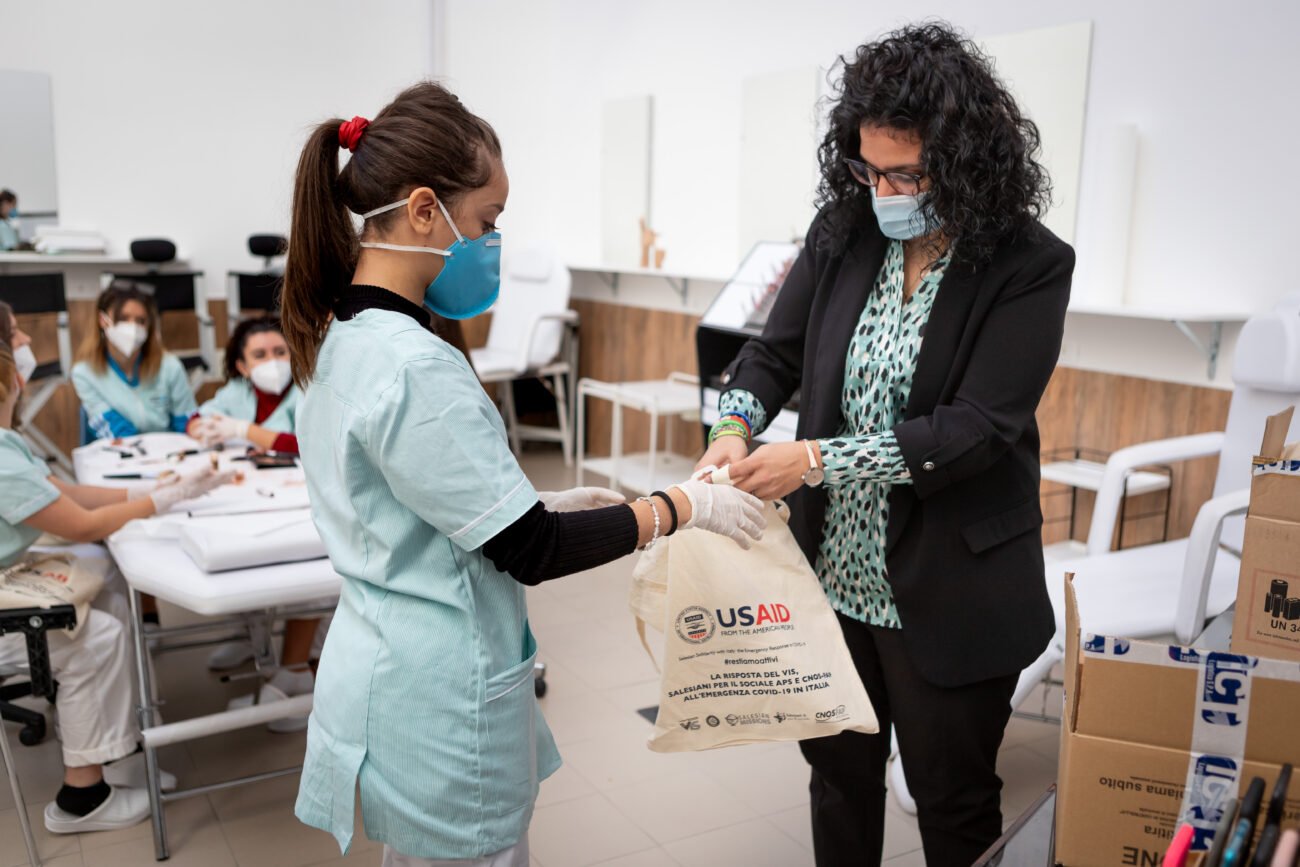 ITALY: Partnership with USAID helps over 24,000 young, vulnerable as part of COVID-19 response 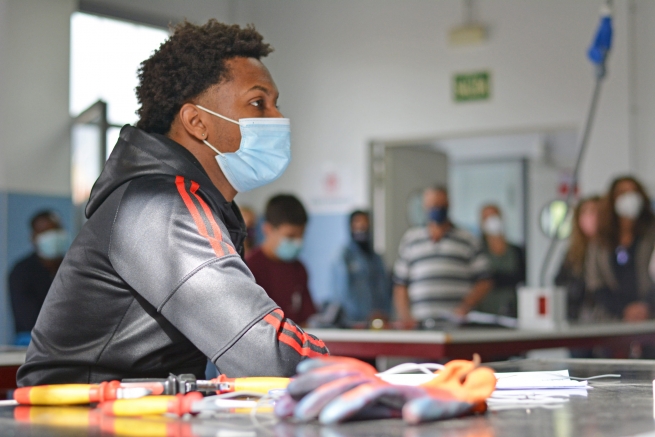 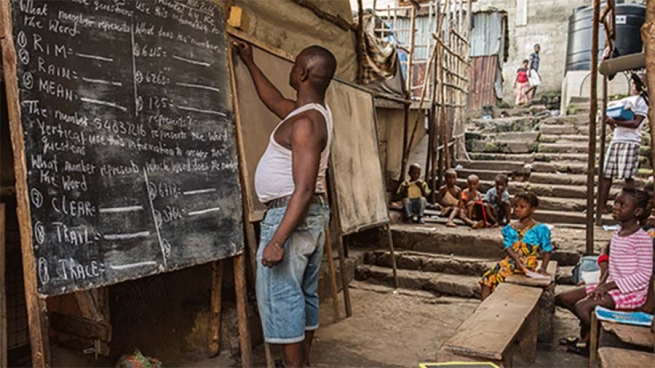