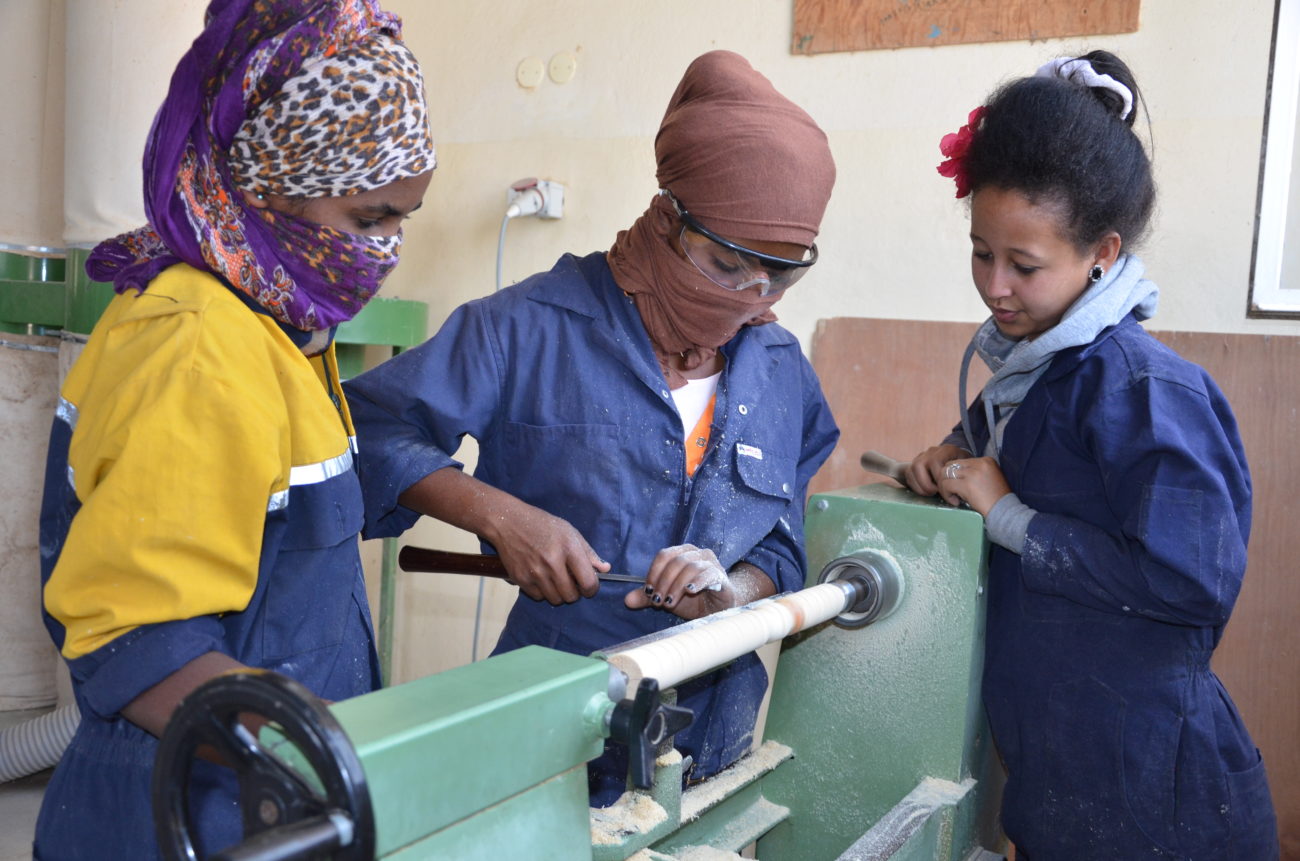 (MissionNewswire) Salesian missionaries working at the Don Bosco Technical School in Dekemhare, a town roughly 40 km southeast of the capital city of Asmara in Eritrea, have been able to buy a cow and food to feed it thanks to donor funding from Salesian Missions, the U.S. development arm of the Salesians of Don Bosco.

Don Bosco Technical School provides education in various trades to 400 boys and girls. The school offers technical courses in automotive, general metal, general mechanics, carpentry, building construction, woodwork or furniture making, electricity, electronics and survey. In addition, students take information technology and academic courses. Each trade course of study is two years long and at the completion, students sit for a national exam. They also enter into military training for six months and are assigned a job by the government.

“The cow that we have purchased is heavy for six months, and we will be able to milk it after three months,” explained Father Abba Petros Abraha, a Salesian missionary at the technical school. “We have three more cows already with calves. At the moment, we are extending the stall because it is too small.”

He added, “The project of raising cows is so that we will have the income to sustain our community and our technical school. The vision is to be self-sufficient in the long run. We have launched some initiatives like the production of furniture for sale and planting vegetables to reach our vision.”

The East African nation of Eritrea has a population of approximately 5.5 million, of which 69 percent is estimated to live in poverty, according to the World Bank. The small country has one of the lowest GDP per capita in the world. While agriculture contributes only 13 percent to the country’s economy, it employs nearly 80 percent of the population. Only 12 percent of the total land is suitable for farming because of Eritrea’s rocky and mountainous terrain, and in part, due to the persistent drought which impacts much of the remaining landscape.

Salesian Missions has this project in Eritrea and others around the globe that need funding on their website at https://salesianmissions.org/act-now/give/current-projects-funding-opportunities/.