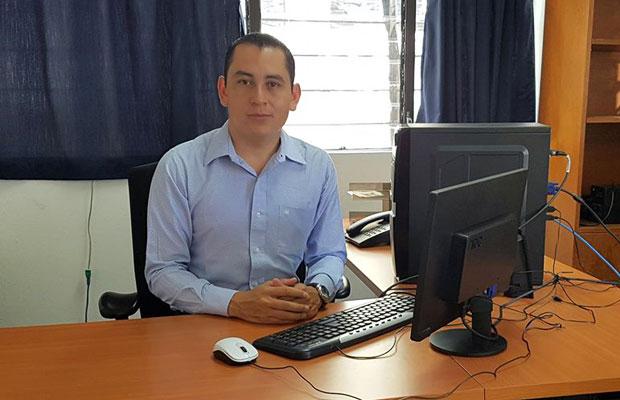 Valencia completed his 9th grade year in school in his hometown in the Department of La Libertad, El Salvador. His options for pursuing his high school education were very limited. His parents, who are farmers who had never learned to read or write, had already done the best they could to get Valencia to study through the 9th grade.

In order to send Valencia to high school, his parents would need to send him to the nearest town of San Pedro Tacachico to attend a public institution. This was nearly impossible because it would mean the family had to pay $6 a day to cover transportation, food and other expenses. His father could not cover the extra expense because that was all he made in a day working the land as a farmer.

Salesian missionaries offered a solution for Valencia and others like him. Valencia participated in the Salesian CAP Project, which  opened the door for the boy to realize his dream of containing his studies. The CAP Project was funded by the Kellogg Foundation and ran from 2004-2008. The project offered a mobile market-driven, community-based short-term skills training program with life skills. A longer two to three program provided a mainstream skills training program and job placement.

At the end of high school, Valencia was awarded a scholarship to study at Don Bosco University. Once he received his undergraduate degree, he obtained a scholarship to obtain his master’s degree at the University of Sabana. Before completing his master level studies, Don Bosco University offered him employment to develop new courses. Today, Valencia continues to teach and is involved in other educational endeavors. He is supporting his parents who have retired, and he plans to go back to school for his doctorate degree.

The CAP project was facilitated by FUSALMO, a Salesian-run organization that offers traditional and non-traditional educational opportunities for at-risk youth in the communities within San Salvador. Through recreational programs, enrichment opportunities in the arts and music, vocational training and more, youth are able to stay off the streets, learn to cooperate and co-exist, and gain the skills they need to become productive, contributing members of a more peaceful society. Founded in 2001, the organization has positively impacted the lives of more than 265,000 children and their families.

“FUSALMO develops educational activities that allow youth to discover their vocational specialties,” says Father Mark Hyde, director of Salesian Missions, the U.S. development arm of the Salesians of Don Bosco. “Through vocational and technical skills training that was provided by the CAP programs and continues on at FUSALMO today, youth are able to develop their skills and talents to find and retain stable employment and become productive, contributing members of their community.”

El Salvador is one of the most violent countries in Central America, along with Honduras and Guatemala. The murder rate in El Salvador rose more than 44 percent in the beginning months of 2014 when compared to the same time period the year before. In 2016, San Salvador was named the murder capital of the world, seeing more murders and violent crime than any other city. Gang violence is a leading cause of violence in the country, and it’s estimated that some 60,000 young people have gang affiliation. Gang involvement often offers a sense of belonging and a sense of family that counters the lack of education and employment opportunities offered in the country.

Salesian Missions operates a U.S.-based fund in support of FASULMO. Donations can be made at www.salesianmissions.org/fusalmo.