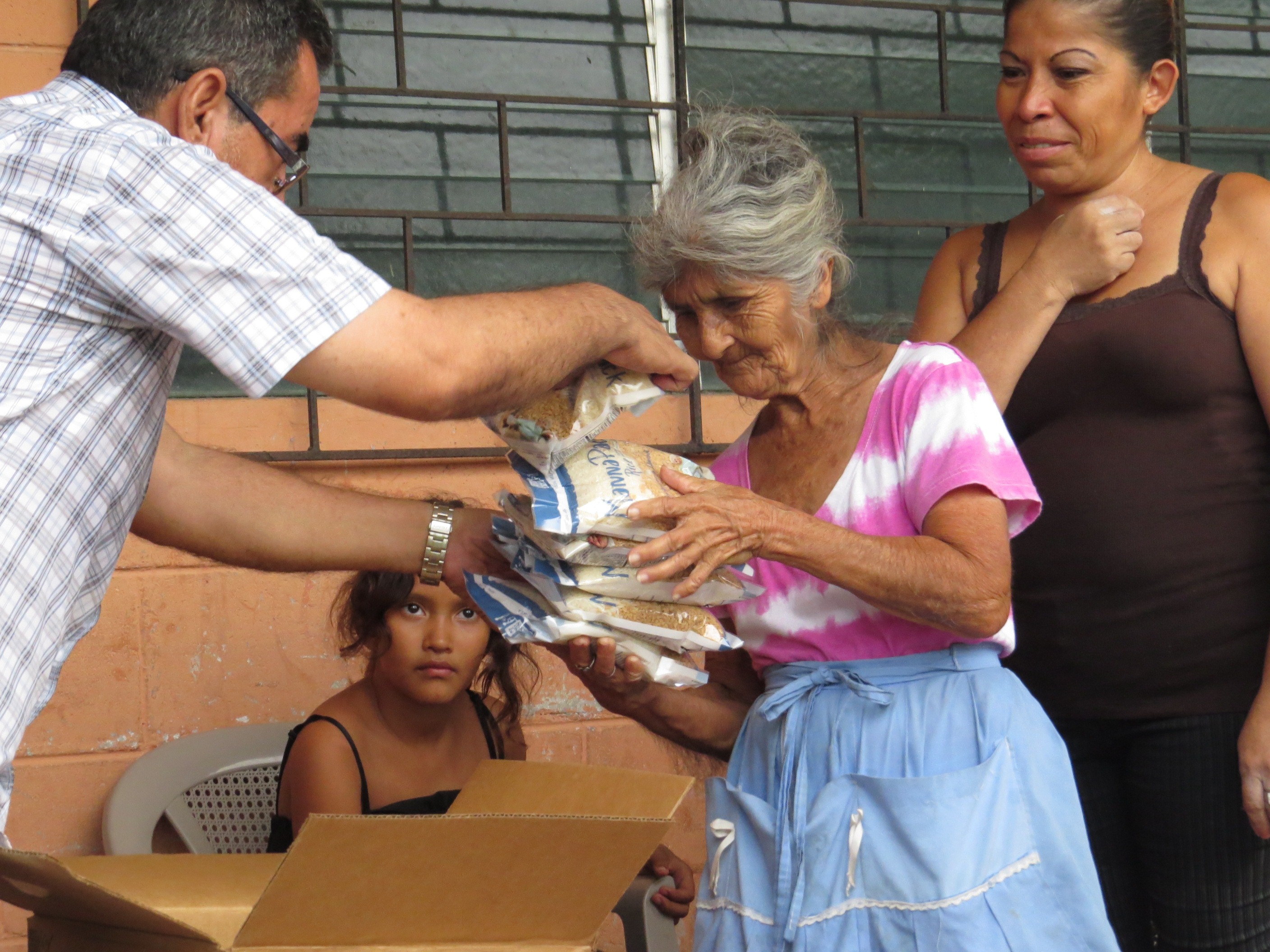 (MissionNewswire) Students at schools operated by the Salesian Education and Work Foundation in San Salvador, the capital city of El Salvador, have access to better nutrition thanks to an ongoing partnership between Salesian Missions and Feed My Starving Children, a non-profit Christian organization committed to, “feeding God’s children hungry in body and spirit.” A recent shipment of fortified rice-meals from Feed My Starving Children was donated to Salesian Education and Work Foundation schools with the meals being provided to students during the school day as part of a free lunch program. Other recipients of the rice-meal donation were area medical clinics that distributed the meals to elderly residents in need.

The Salesian Education and Work Foundation serves more than 700 at-risk youth in primary and secondary school and at the Don Bosco Institute of Technical Training and Management, a technical training institute for older youth. The donated rice-meals are provided to students in school to ensure they receive proper nutrition and a balanced diet in order for them to focus on their studies as well as extracurricular activities such as art, sports and the Salesian Education and Work Foundation’s internationally known orchestra program. Salesian missionaries began the school feeding program to meet the needs of the many area families with limited resources to feed their children.

“Many of those participating in Salesian programs in El Salvador are malnourished,” says Father Mark Hyde, executive director of Salesian Missions, the U.S. development arm of the Salesians of Don Bosco. “Meals children receive at Salesian schools may be their only meals. This food not only encourages them to attend school, it allows them to focus on getting the education they need without worrying about where their next meal will come from. Children cannot learn on an empty stomach.”

“Salesian missionaries are an integral part of the existing infrastructure in many countries and Salesian Missions plays an important role in making sure aid from the United States reaches its destination country and gets into the hands of those who need it most,” adds. Fr Hyde. “Youth who access Salesian programs in El Salvador are given an educational foundation, technical skill training and life and social skills to help them excel in the workforce. They are then able to break the cycle of poverty and become contributing members of their communities.”

Close to 35 percent of El Salvador’s population lives in poverty, according to the World Bank. Youth in El Salvador are confronted not only with poverty, but with instability, high levels of violence and inadequate access to educational opportunities. Despite ranking high for economic indicators, the need for practical education in the country is more important than ever with 12 percent of youth ages 15-24 unemployed and 41 percent underemployed.

El Salvador is one of the most violent countries in Central America along with Honduras and Guatemala. The murder rate in El Salvador rose more than 44 percent in the beginning months of 2014 when compared to the same time the year prior. Gang violence is a leading cause of violence in the country and it’s estimated that some 60,000 young people have gang affiliation. Gang involvement often offers a sense of family and belonging that counters the lack of education and employment opportunities offered in the country.