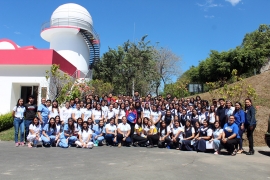 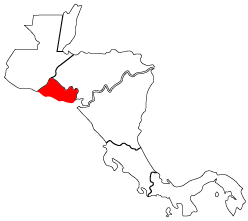 (MissionNewswire) Don Bosco University in Soyapango, El Salvador, has organized the Science Challenge for the second consecutive year. The event, held in honor of International Day of Women and Girls in Science, was held during the third week of February on the Soyapango and Antiguo Cuscatlán campuses. The event was organized by Don Bosco University’s Women’s Empowerment Program “Promueve” and aims to empower women interested in science fields.

At its core, the Science Challenge is a knowledge exchange between high school and university students in various scientific specialties. Workshops and experiences led by specialists are held for students to take part in and engage with each other. In total, nine workshops, all developed by teachers, were held.

In addition, the Science Challenge featured an exhibition of projects by students who are taking courses under the Institute of Electrical and Electronic Engineering at Don Bosco University and entrepreneurs from the Avalon company who are engaged with the university. This year 350 people, all intent on expanding their scientific knowledge to help find job opportunities or further study in the sector, participated in the Science Challenge.

Don Bosco University is one of the most prestigious institutions of higher education in the country, particularly in the technical and technological sectors. The university has close to 6,000 students enrolled and maintains a strong link to the local employment sector through research, technology transfer programs, continuing education courses and consultancy services.

Don Bosco University also has a focus on providing higher education for young women. Its institutional commitment includes empowering women’s integration into university programs, with special attention to the areas of science, technology, engineering and mathematics.

Among newly enrolled members of the university in 2020, 1,141 were female students, making the total Salesian university population 43 percent female for the first cycle of studies. Don Bosco University also intends to continue creating more growth opportunities for all women and youth, not only in the field of science but in all disciplines.

The Secretary General of Don Bosco University, Xiomara Martínez Mg., explained, “Our commitment is to operate responsibly and efficiently to create equal opportunities, so that women can stand out for their intelligence, dedication and honesty, achieving great professional successes. and contributing to the growth, innovation and development of our country.”

Crime is often associated with poverty and close to 35 percent of El Salvador’s population lives in poverty, according to the World Bank. Youth in El Salvador are confronted not only with poverty but with instability, high levels of violence and inadequate access to educational opportunities. Despite ranking high for economic indicators, the need for practical education in El Salvador is more important than ever with 12 percent of youth ages 15 to 24 unemployed and 41 percent underemployed.