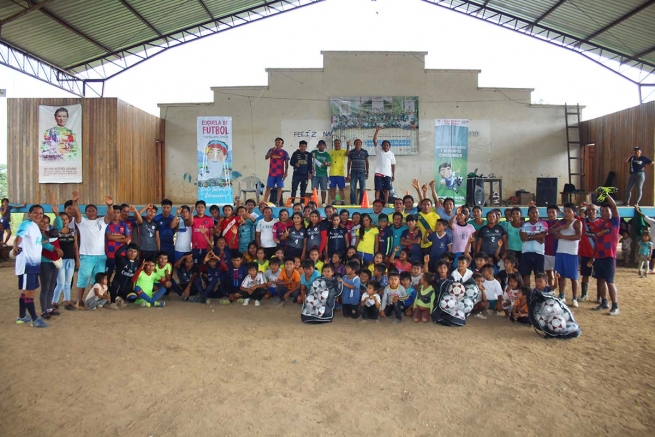 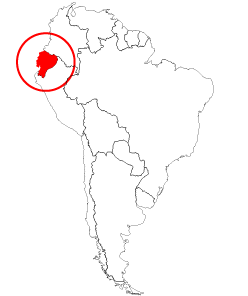 (MissionNewswire) In February 2020, Salesian missionaries, led by Father Agustin Togo, launched the Yankuam Jintia Fútbol School for indigenous Achuar communities in Ecuador. Located in the community of Wichimi, the school aims to educate children and older youth about technical skills of the game, as well as ensure that the values of football (soccer) and practice are instilled in their lives. Fr. Togo chose “From talent to vocation” as the school’s motto to reinforce that children will learn and find their path in life.

“Fútbol moves many people,” said Fr. Togo. “During the World Cup, everyone interrupts their activities to watch the games. The same happens with the Achuar. When there are matches or championships, young people don’t care if they have to walk a week or two, they go to play. I see a great deal of concern among young people to be fútbol players, to learn to play better, and I asked myself why not try another way of evangelizing through fútbol.”

He added, “Don Bosco has always dreamed that young people were happy in everything they did. They like fútbol so much, why not start a fútbol school for the Achuar.”

At the inauguration event, two community elders, Carlos Mukucham and Eduardo Mukuink, were at the table with the Salesians. They thanked Fr. Togo for his pastoral work and described the opening of this soccer school as a historic event. José Sanchim, administrator of Wichimi, said that all families will support this initiative and that in the future, the idea is to generate sporting matches with other communities.

The signing of the agreement between the Salesians and the local community ensures the care of the equipment provided, collaboration in the planned activities, and the commitment of the community to carry out teaching civic, spiritual and cultural values ​​that are part of the soccer school.

The school was named for Father Luis (Luigi) Bolla, for his years a missionary among the Achuar. It is a way to pay homage for his lifelong work for the greater good of Amazonian people. In addition, many of those who knew him described him as a good soccer player, and he was always seen playing with children.

ECUADOR: Salesian missionary is using sports education to help youth on and off the field