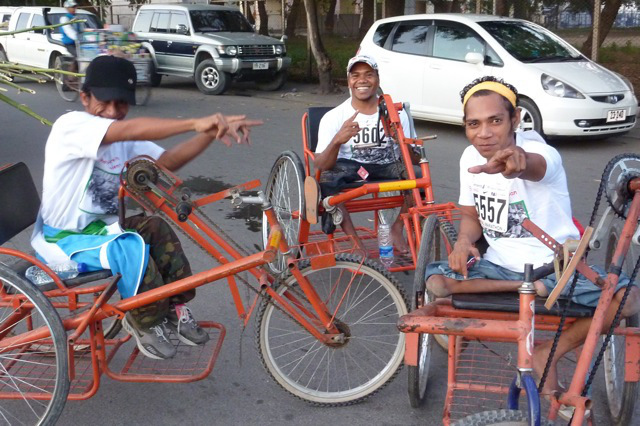 (MissionNewswire) Without reliable estimates of the number of youth with disabilities in Timor-Leste, the number is suspected to be high, particularly for those with physical disabilities as a result of  violent clashes during the country’s struggle for independence that culminated in the establishment of East Timor in 2002. According to the recent UN Report on the Rights of Persons with Disabilities living in Timor-Leste, children with disabilities face discrimination accessing education and are at a significantly higher risk of violence and abuse in their communities.

Those living with disabilities in Timor-Leste are not alone in their struggles for inclusion. According to UNICEF’s 2013 State of the World’s Children Report focusing on Children with Disabilites, it is estimated that there are close to 93 million children with disabilities in the world. In addition to being disabled, these children are among the poorest and most excluded, facing frequent discrimination when it comes to healthcare, education and basic survival.

“More than 1 billion persons live with some form of disability. Eighty percent are of working age and live in developing countries. Yet far too many people with disabilities live in poverty. Too many suffer from social exclusion. Too many are denied access to education, employment, healthcare, and social and legal support systems. Women and girls with disabilities often experience double discrimination – and so we must emphasize the gender dimensions of a disability-inclusive development agenda. All of us suffer when communities are divided; just as all of us benefit when communities are united. We must remove barriers to equality of opportunity so that all people can be free from poverty and discrimination,” explains UN Secretary General Ban Ki-Moon at the September 2013 High-Level Meeting of the General Assembly on Disability and Development.

Salesians in Dili, East Timor are giving children with disabilities a chance at a brighter future at the Ahisaun Disabilities Foundation. Here, youth with disabilities are provided education and training as well as access to basic needs like healthcare, food, clothing and shelter, all with the hope of breaking the cycle of poverty and helping youth to become independent and self-reliant.

Ahisaun was established in 1999 by Salesian Father Adrian Ola, with the goal of meeting the enormous need for educational and job placement opportunities for youth with disabilities. Students at Ahisaun can take classes in hospitality, music, horticulture, computers, shoemaking and farming while also participating in organized social activities. Small group learning opportunities have also been created for skill development and English-language tutoring.

“The Salesians believe that all children have a right to education,” says Father Mark Hyde, executive director of Salesian Missions, the U.S. development arm of the Salesians of Don Bosco. “Children with disabilities should not be left on the fringes of their communities. They have much to contribute and we must provide them the opportunities to advance their lives and gain an education.”

UN Report – Rights of Persons with Disabilities in Timor-Leste