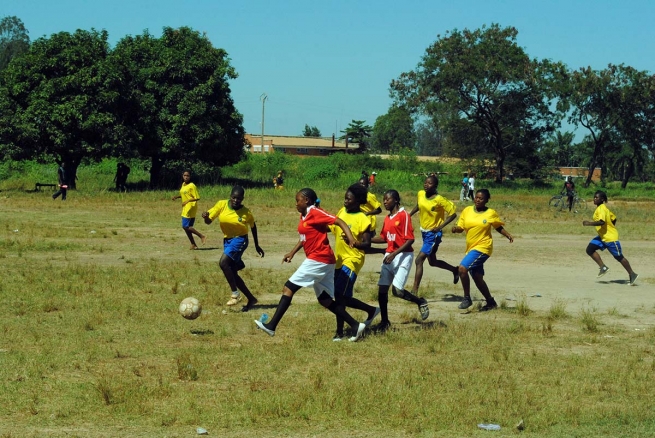 (MissionNewsire) Salesian missionaries in Lubumbashi, the second-largest city in the southeastern part of the Democratic Republic of Congo, facilitated a give-back opportunity for youth from various schools within the city. Youth sought donations of clothes, shoes and food and delivered it to the Kapolowe mission, founded by the Benedictines and now administered by two priests of the Archdiocese of Lubumbashi along with six Sisters of Charity of Jesus and Mary.

The Sisters of Charity run a boarding school for girls and a well-known hospital which specializes in the treatment of people living with the effects of Hansen’s disease and tuberculosis. Hansen’s disease, commonly known as leprosy, causes not only suffering but also social stigma. Those who are infected, even if they are cured, continue to suffer the clinical consequences and often also social consequences.

Youth were able to meet with the staff of the hospital and share the donations with the patients. They learned about the disease as well as the social isolation patients often suffer. Leprosy has been a focus of Salesian-run medical clinics for more than 100 years. Salesian leper hospitals and leprosy control programs can be found in Brazil, Colombia, India, Thailand, Macau and a number of nations in Africa.

“The health of the young people we serve is very important to us,” says Father Mark Hyde, executive director of Salesian Missions, the U.S. development arm of the Salesians of Don Bosco. “The work we do in programs around the globe goes beyond education. We serve the whole person by making sure the basic needs of health and nutrition are met in addition to other social service needs.”

Young people make up about 19 percent of the country’s population but account for 47 percent of deaths during this conflict. Poverty is rampant, according to UNICEF, and 72 percent of rural households and 59 percent of urban households are poor. Nearly 40 percent of children under five suffer from chronic malnutrition and most of the population lives with moderate to serious food insecurity. The 2013 Human Development Index ranked the DR Congo 186th out of 187 countries and territories listed.

“Salesian missionaries have been working in the DR Congo for more than 100 years ensuring that the most vulnerable children are not forgotten,” adds Fr. Hyde. “Primary and secondary schools lay the foundation for early learning while Salesian trade, vocational and agricultural programs provide youth with an opportunity for a stable and productive future. The radio station is yet another avenue to reach youth and promote hope through education and social development services while giving those new to the workforce a chance to gain experience.”

YEMEN: Salesian Missionaries are Assisting Those Struggling to Survive Amid Violence and Civil War 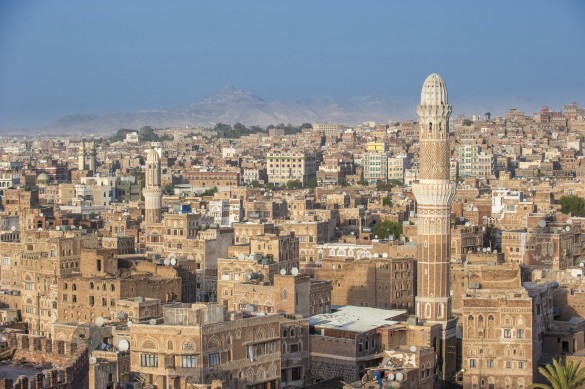