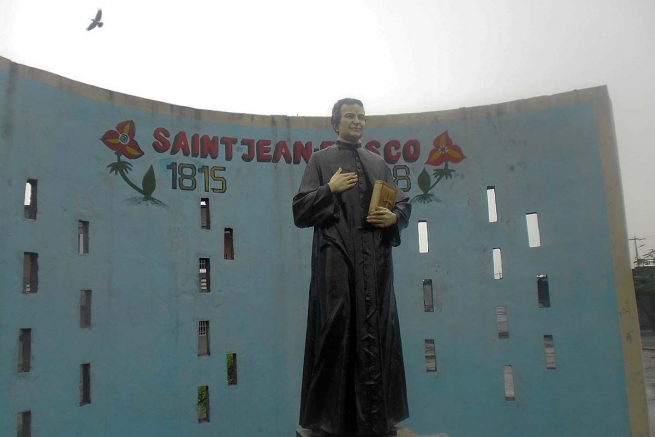 (MissionNewswire) In the city of Mbuji-Mayi, located in the south central part of the Democratic Republic of Congo, Salesian missionaries are building a healthcare center for street children, many of whom are involved secretly and illegally in searching for diamonds. About one-third of the world’s industrial diamonds are extracted from this area of the country. Where the healthcare facility will be built, Salesian missionaries already operate a primary and secondary school, a professional training center, a parish and a shelter for street children, which can accommodate 80 children, although it welcomes about 400 every day.

Children living on the streets are often forced to steal in the markets for food and money to live. They do not go to school and often suffer from malnutrition and other diseases such as malaria, typhoid fever, epilepsy and tuberculosis. Nearly 40 percent of the children in the area are sick and need daily medical care. These children, along with others from the Salesian schools and programs, will be taken care of in the health center and will be able to access ongoing medical care.

Families live in extreme poverty in Mbuji-Mayi. Hundreds of thousands of families work in searching for diamonds in extremely harsh conditions due to the heat and humidity. The city lacks regular access to drinking water, and has no electricity or roads. Families average six to seven children. There are often many problems within the family unit including incidences of domestic violence. Children as young as age 5 are exploited for the search of diamonds, while girls and teenagers become prostitutes to bring money home.

“The work of Salesian missionaries in the DR Congo and in programs around the globe goes beyond education,” says Father Mark Hyde, executive director of Salesian Missions, the U.S. development arm of the Salesians of Don Bosco. “We aim to serve the whole person by making sure that basic needs like health and nutrition are met in addition to other social service needs. Salesian programs in Mbuji-Mayi aim to help poor youth and their families. Youth are able to gain an education and access the services they need to break the cycle of poverty and give back to their families and communities.”

Young people make up about 19 percent of the country’s population but account for 47 percent of deaths during this conflict. Poverty is rampant, according to UNICEF, and 72 percent of rural households and 59 percent of urban households are poor. Nearly 40 percent of children under 5 suffer from chronic malnutrition and most of the population lives with moderate to serious food insecurity. The 2015 Human Development Index ranked the DR Congo 176 out of 188 countries and territories listed.