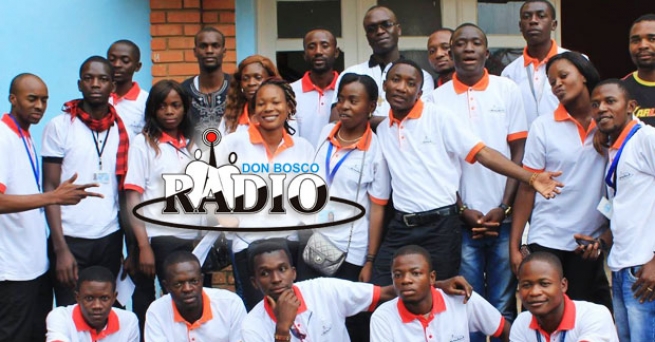 (MissionNewswire) Salesian missionaries in Lubumbashi, the second-largest city in the southeastern part of the Democratic Republic of Congo, started Radio Don Bosco Congo, a free educational radio station. Started two years ago, the Catholic nonprofit radio station is inspired by the Salesian founder, St. John (Don) Bosco, and focuses on issues that are of most concern to Congolese youth. The team at Radio Don Bosco is composed entirely of young university graduates who bring innovative and creative programming to the station which in turn provides them some real world work experience.

Each year, Radio Don Bosco develops a theme around which all its programs revolve. This year, the focus is on education for peace. By the end of 2016, presidential and parliamentary elections will be held in the DR Congo. Father Wilfried Mushagalusa, director general of the station, has noted that the goal this year is to prepare youth to face the elections with confidence, maturity and responsibility.

The radio station has received praise from the DR Congo government for its innovative and important programming. The country’s governmental minister of communications said last year that Radio Don Bosco was among the most important radio stations in the region and constitutes a real instrument of human promotion for young people. The radio station is in the process of seeking funding and assistance to repair some broken equipment to continue operations. In January 2016, lightning struck the building where the station is located and damaged much of the equipment, especially the transmitter.

“Salesian missionaries have been working in the DR Congo for more than 100 years ensuring that the most vulnerable children are not forgotten,” says Father Mark Hyde, executive director of Salesian Missions, the U.S. development arm of the Salesians of Don Bosco. “Primary and secondary schools lay the foundation for early learning while Salesian trade, vocational and agricultural programs provide youth with an opportunity for a stable and productive future. The radio station is yet another avenue to reach youth and promote hope through education and social development services while giving those new to the workforce a chance to gain experience.”

Young people make up about 19 percent of the country’s population but account for 47 percent of deaths during this conflict. Poverty is rampant, according to UNICEF, and 72 percent of rural households and 59 percent of urban households are poor. Nearly 40 percent of children under five suffer from chronic malnutrition and most of the population lives with moderate to serious food insecurity. The 2013 Human Development Index ranked the DR Congo186th out of 187 countries and territories listed.