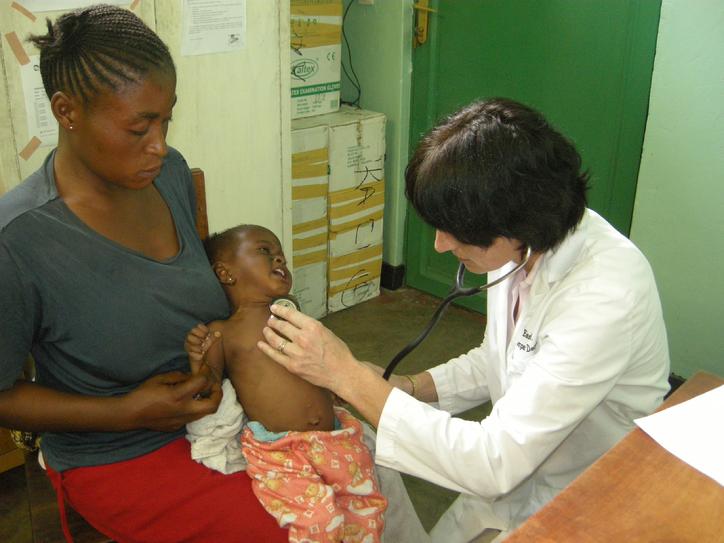 (MissionNewswire) The Democratic Republic of the Congo has been plagued by intense civil war and internal conflict since the outbreak of fighting in 1998. As a result, there have been close to 5.4 million deaths, according to the International Rescue Committee. Most deaths resulted from non-violent causes such as malaria, diarrhea, pneumonia and malnutrition, all typically preventable under normal circumstances but often fatal in times of conflict. Close to 1.5 million people have been internally displaced or have become refugees in neighboring countries after having fled the country to escape the continued violence.

Salesian missionaries have been working in the Democratic Republic of the Congo for more than 100 years, ensuring that the most vulnerable children are not forgotten. At the Don Bosco Ngangi Center in Goma, located in the eastern part of the country on the Rwanda border, the missionaries run programs for more than 3,500 children and 1,500 refugees. The Center, located on a ten acre compound, was founded in 1988 and provides shelter, education, medical care and a nutrition program.

“Youth in the Democratic Republic of the Congo are in great need,” says Father Mark Hyde, executive director of Salesian Missions, the U.S. development arm of the Salesians of Don Bosco. “Continuing violence and conflict has left youth unable to meet their most basic needs. They need proper nutrition, shelter, safety and education in order to survive and thrive. Salesian programs at the Don Bosco Ngangi Center are working to ensure the safety of children and refugees and provide them the resources to break the cycle of poverty and lead productive lives.”

In addition to offering educational programs, the Don Bosco Ngangi Center has a medical clinic that consists of outpatient services and separate medical wards for general medical cases, pediatric care and cholera treatment. With two doctors and four nurses on staff, the clinic is able to treat a complex array of life threatening illnesses and injuries, although often with limited medical supplies and equipment.

The medical clinic also has a nutritional center for severe cases of pediatric starvation. Currently, this center provides intensive nutritional support to 150 severely malnourished infants, toddlers and children in the Goma area.

Over the last several years, through donations to Project Congo, a US-based charitable organization that works to send food, medical equipment, supplies and medications to the Democratic Republic of the Congo, the medical clinic has been able to expand its services to include lifesaving medical equipment and supplies. The addition of several oxygen concentrators allowed the clinic to more adequately provide for patients with tuberculosis and respiratory disease as well as offer suctioning for newborn infants, 30 percent of whom are born premature. The clinic was also able to add X-ray and EKG capabilities.

In the fall of 2010, the nutritional center moved into a new building, allowing the medical center to expand, doubling its square footage and making room for a dedicated surgery and endoscopy suite, dental and ophthalmology areas and expanded patient care areas. Following this expansion, in 2011, World Wide Labs, a non-profit corporation committed to providing affordable and durable laboratory equipment and supplies to Christian mission hospitals and clinics in developing countries, installed a medical laboratory with a wide array of medical testing equipment.

The expansion has allowed the clinic to see more patients and serve a broader array of medical illnesses and injuries. Salesian missionaries in the Democratic Republic of the Congo continue to find ways to expand their services and programs to best fit the needs of those they serve.

“Despite overwhelming obstacles confronting children in the Democratic Republic of the Congo—not to mention the challenges of feeding them and providing medical care with limited resources—the results have been encouraging and inspiring,” adds Fr. Hyde.