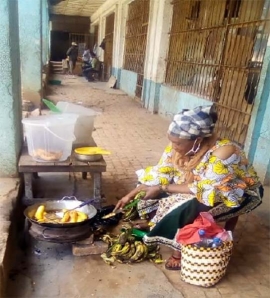 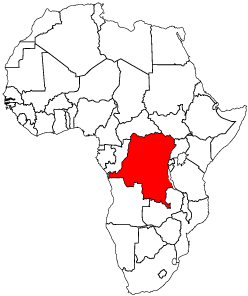 (MissionNewswire) For the last two years, the Don Bosco Center, located in the city of Bukavu in the eastern region of the Democratic Republic of the Congo, has been supporting women who wish to join women’s groups run by the Association Villageoise d’Epargne et Crédit (AVEC), an association for savings and credit in the villages. The Don Bosco Center has helped create 20 groups of women, mostly mothers.

Every week, the women deposit 1,000 to 5,000 Congolese Francs (CF), which is roughly 60 cents, into their group’s safe, in addition to depositing another 200 CF in the solidarity fund. After a few weeks, the group members can apply for credit and receive up to 10,000 CF to help in situations of necessity such as the birth of a child, an illness or a death in the family.

On March 19, public authorities in the DRC imposed limitations on groups of 20 people or more from convening to help stop the spread of coronavirus. This impacted the work of AVEC groups. Some decided to suspend activities while others reduced the number of participants in the weekly meeting. These associations are an effective means of allowing members to better prepare themselves economically for a disaster such as COVID-19.

Unfortunately, most members live day by day and use the money from the AVEC group for activities that guarantee little more than survival. Members are currently having difficulty repaying their credit or putting something aside. For security reasons, some have suspended income-generating activities even if they have credit to repay. Others are prioritizing food costs.

Adidja Sikambwe, a 53-year-old member, sells fried bananas on the street. Since the pandemic started, her revenue has dropped dramatically because of the lack of customers due to the lockdown measures. The business is no longer profitable, and while she would like to change it, she lacks the means. Due to the situation, she can no longer repay her credit nor can she save money in her group.

If this situation persists, Sikambwe’s small business risks bankruptcy because she will be forced to use all her capital to meet the food needs of her family instead of on her business. Her capital now comes from a loan taken out two months ago from her AVEC group. Failure to repay the loan means committee members don’t have funds to meet the demands of other members in need of credit. There is a risk of bankruptcy for the entire group.

“Many of the women who seek to join the AVEC groups and are supported by the Don Bosco Center were already in desperate situations before the pandemic started and have been pushed now to greater vulnerability,” said Father Gus Baek, director of Salesian Missions, the U.S. development arm of the Salesians of Don Bosco. “The Don Bosco Center helps these women and their families by meeting their basic needs and providing education and social support. The goal is to help these women so they can recover and have an income of their own to give their children the hope of a better tomorrow.”