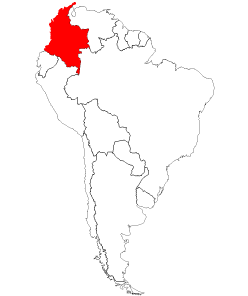 The students take courses at the San Juan Bosco Salesian College’s Institute of Astrobiology of Colombia. During their NASA trip, they learned about and experienced a virtual simulation of walking on Mars, astronaut training and robot programming. They also visited the launch pad, the Saturn space rocket and the Atlantis shuttle.

The students were accompanied by physics Professor Erick Ortiz and chemistry Professor Daniel Martínez. Together, they are in charge of developing scientific projects that will strengthen the skills of Salesian students and bring awareness of their work to the broader community.

“Through this trip, Salesian students have an opportunity to see how what they are learning in the classroom is applied in the world,” says Father Mark Hyde, director of Salesian Missions, the U.S. development arm of the Salesians of Don Bosco. “Salesian education helps students, most of whom are from disadvantaged backgrounds, gain the skills needed for employment, which allows them to give back to their families and community.”