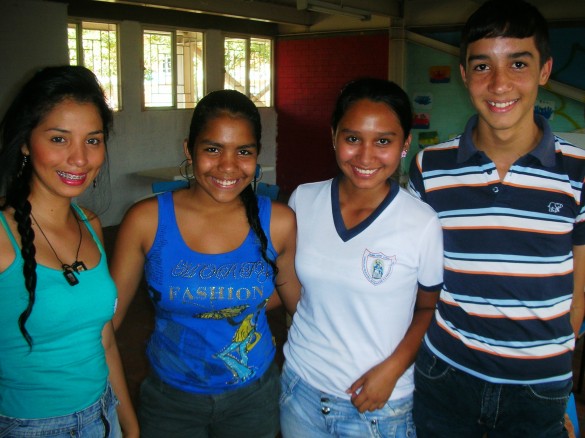 (MissionNewswire) A Morning Edition piece on National Public Radio (NPR) tells the story of two young people who are receiving help from a Salesian youth center in Cali, Colombia, after spending years living through the horrors of war as child soldiers. The piece—Years Of Combat Experience, and Just Turning 20—reveals the often untold story about the reality facing many young people in Colombia.

Once children training to be soldiers, Luis and Jasmine (now 20) are receiving training of a completely different kind. At a Salesian youth center, they are being provided with guidance and education in the hopes of starting a new life.

“Luis Bedoya is baby-faced and skinny,” reports the NPR story, by Juan Forero. “And he looks ever the boy when he puts on an industrial-sized apron, thick gloves and a metal helmet — the tools of an apprentice welder at the Don Bosco center in this city in southern Colombia.”

The vocational training and youth center, run by the Salesians of Don Bosco, specializes in rehabilitating child guerrillas. It is one of many such centers in Colombia and offers what Salesians around the world are known for – opportunity for youth through education and vocational training provided by caring adults. For children who have never had anyone care about them before, the center is life changing and life saving.

“It’s a big complex, complete with classrooms, basketball courts, a dormitory and work rooms. It’s home to boys and girls, as well as very young adults, who defected from the FARC rebels or were captured by the Colombian army,” reports NPR.

Children, including girls, have been recruited by guerrilla groups and even kidnapped and forced to do the war’s “dirty work” – often the most dangerous. Human rights groups and humanitarian groups have identified Colombia as a major country of crisis for children.

Many children – who have known nothing but war in their lifetimes – are recruited very young. Teenagers and even younger children are trained to be soldiers, stripping them of their childhoods. Those who survive and escape the nightmare have few places to turn for help.

The story continues: “These days, [Jasmine] is far removed from that life. She’s in cooking classes, and looking forward to higher studies – and maybe someday opening her own restaurant.”

The Colombian war has lasted more than 40 years. It is a brutal conflict between many different armed groups who struggle for power and control over land. All the armed groups have abused the rights of innocent people. About 5,000 people are killed every year, and most of these are civilians, according to Unicef. Massacres occur almost every week. Since 1985, more than 2 million people – or 1 in 20 Colombians – have been forced to abandon their homes because of the war.

While the two sides are in peace negotiations, the recruitment of child soldiers by the FARC rebels seems to be ramping up making programs to help these children essential.

“About 500 children are in programs like this across the country, but if peace is achieved, experts anticipate a much greater need,” NPR reported.

“We pray that peace does happen,” says Father Mark Hyde, the director of Salesian Missions, the U.S. development arm of the Salesians of Don Bosco. “And when that peace causes a need for more programs like this one, the Salesians will be there to help meet that need.”

Read / listen to the story on NPR’s site: Years Of Combat Experience, and Just Turning 20