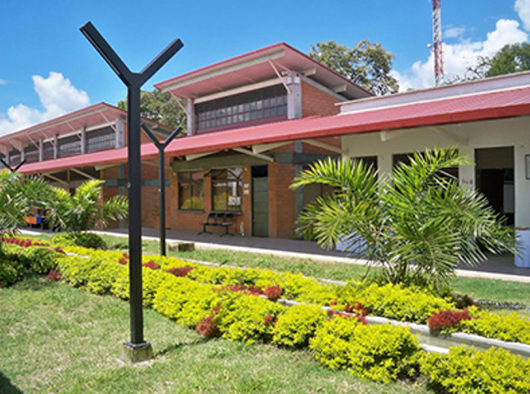 Many orphaned youth in Colombia live in poverty and have lost their parents to natural disasters, the HIV/AIDS epidemic and other diseases, war or domestic issues. Some children remain living with a single parent, struggling to survive and are often pulled out of school to earn income for the remaining family. Other youth live in shelters or on the streets.

Neglect, discrimination and malnutrition affect orphans more often than their non-orphaned peers. Research shows that these youth are more likely to live in conditions of poverty, be forced into child labor, recruited as child soldiers and subjected to exploitation and violence. Orphaned youth are also less likely to be enrolled in school.

Salesian missionaries have been working in the city of Armenia, in western Colombia, since 1999. The area, known as the “coffee belt” of Colombia, has more than 50 percent of its population under 25 years old. Unemployment, especially for youth, is commonplace because of the lack of industry in the region. The city, largely supported by tourism, has a high rate of prostitution, drugs and other crime. Youth are particularly vulnerable because they lack educational opportunities to better their lives and break the cycle of poverty.

To address the need for workforce development programs in the city of Armenia, Salesian missionaries are developing the Don Bosco Training Center which has already begun to offer professional and vocational training programs for disadvantaged youth. The Center was made possible through the financial support of the Leopold Bachmann Foundation and the Salesian NGO, Jugendhilfe Weltweit in Switzerland. The Municipality of Armenia provided the land where the Center is being built.

“Youth in Colombia struggle to gain an education and lead productive lives,” says Father Mark Hyde, executive director of Salesian Missions, the U.S. development arm of the Salesians of Don Bosco. “Because of conditions of poverty in the city of Armenia, youth are vulnerable to exploitation and criminal activity. Education provides a path out of poverty and helps youth gain the jobs skills necessary to find meaningfully livable wage employment.”

The first phase of the Center’s construction was completed in November and includes classrooms, a library, a sports field and administrative space for staff. Technical courses are currently being offered in the areas of tourism, culinary arts, accounting, information technology, cosmetology, mechanics and welding.

Planning and fundraising is underway for the second phase of construction. Once construction is completed, additional programs will be offered for electricians, tailors, graphic artists, cabinetmakers and workers in Guadua – a special type of bamboo which is plentiful in the area and has high market demand. Training programs have received certification and are recognized by the National Apprenticeship Service, the state body that certifies the skills acquired in the different fields of vocational training in Colombia.

“Don Bosco Training Center will be a win-win for the local economy and the students. Students will receive the employment training they need to lead productive lives while employers will gain access to highly skilled employees,” adds Fr. Hyde.