COLOMBIA: Don Bosco City’s Preparing for Life program ensures youth have access to education and a better quality of life 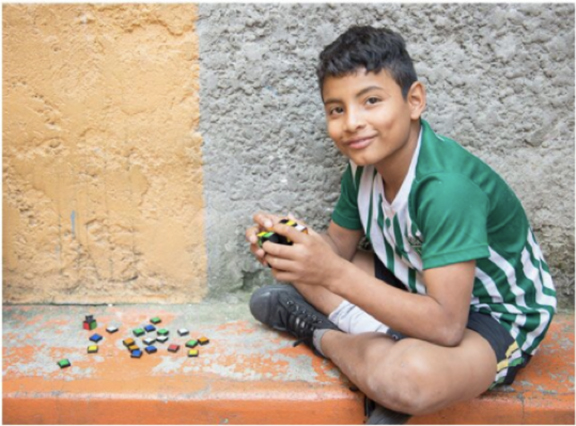 (MissionNewswire) Don Bosco City’s Preparing for Life program in Medellin, Colombia works to ensure the full restitution of rights for youth ages 8 to 12 years who have been living on the streets or at-risk of violence and exploitation. One of Don Bosco City’s primary programs, it guarantees participating youth access to lodging, food, clothing, education, healthcare, recreation, civic education, psychosocial support and pastoral assistance.

Salesian missionaries recently moved the Preparing for Life program to Don Bosco City’s main office in an effort to offer better services and guaranteed access to improved facilities and quality of life. Since the move, the program enjoys improved recreational infrastructure including an artificial-turf soccer field, a coliseum, a pool and an abundance of green space.

In the program, youth engage in recreational activities, play with their peers and are kept safe from dangers such as drugs and violence that plague the area. Participants also engage in artistic activities including handicrafts which help to strengthen ties to identity and traditional beliefs.

In addition, the Preparing for Life program connects youth with program educators and teachers who provide support for their academic progress both in and out of the classroom and offer tutoring and extra guidance when needed. One of the goals of the program is teaching co-responsibility. Teachers facilitate this by connecting with families to encourage and help them support their children in their academic pursuits.

“We know that access to education for both boys and girls lays the foundation for a better future for homeless and abandoned youth,” says Father Mark Hyde, director of Salesian Missions, the U.S. development arm of the Salesians of Don Bosco. “In Colombia especially, where almost 20 percent of school-age children do not attend school, it is crucial that we offer this opportunity to as many youth as we can.”

Just more than 34 percent of Colombians live in poverty, according to the World Bank. One in five children in the country has no access to education and 800,000 children reside in refugee camps. The crisis of street children is at epidemic proportions and thousands of at-risk youth have been recruited as child soldiers.

In addition, many orphaned youth in Colombia live in poverty and have lost their parents to natural disasters, the HIV/AIDS epidemic and other diseases, war or domestic issues. Some children remain living with a single parent, struggling to survive, and are often pulled out of school to earn income for the remaining family. Other youth live in shelters or on the streets.