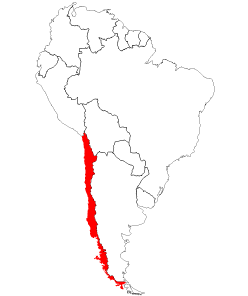 (MissionNewswire) The Don Bosco Foundation in Santiago, Chile, created the Registro Circuito de Calle (Register of Streets Circuit) app with the goal of helping to improve intervention for street children. The app was developed by the Don Bosco Foundation in collaboration with Fundación País Digital of Microsoft Chile and DonaTec, an online donation program for the nongovernmental agency, CDI Chile.

The app allows users to update mapping within a territory, providing intervention teams with online information that will increase their knowledge of the territories and enable support to reach street children more effectively.

It also helps teams better plan their actions and social operations on the road so they can choose the most effective strategies for intervening with youth who are living in even the most hidden areas. In addition, the app will characterize the territories to better show the transit of minors as well as track what they do and what they are exposed to in those areas.

In the first four months of use, the app has helped Salesian staff reach and serve 10 percent more children. The app is being considered for use at the national level.

“Chilean street children are invisible to many people. This application allows us to highlight the situation in an undeniable way. Before, our team employed up to 40 minutes of work in the office for research on just one child. Now with this app, it takes 20 seconds,” said Sergio Mercado, executive director of the Don Bosco Foundation.

Today when social workers come into contact with youth like Tomás, a 14-year-old boy who is hungry and scared living on the streets, they use GPS mapping to signal their position and add the information available on that youth. Tomás left home because he feared his violent uncle.

Since living on the streets, he can’t ask the police for help because he was caught stealing to eat, and drug dealers and gang leaders seem to be his only friends—but their generosity has a price. The app is helping to keep track of youth just like Tomás.

The more information that’s noted on the map, the clearer youth movements become. For example, thanks to the app, the team identified trends such as when police pressure increases, many youth flee to the train station. In addition, some addresses that frequently appeared on the map were dwellings of drug dealers and traffickers.

Furthermore, the protection levels built into the app, permission-based sharing guarantees and the monitoring of any suspicious activity ensure that the data does not end up in the wrong hands. Now, when youth like Tomás disappear, Salesian staff have better opportunities to find them quickly.

According to the World Bank, Chile has a fairly low poverty rate of 14.4 percent. However, Chile struggles with high rates of income and education inequality. Salesian missionaries working in Chile focus their efforts on providing education and social services to poor and at-risk youth. At Salesian schools, universities and youth centers throughout the country, youth can access an education as well as the skills and resources necessary to break the cycle of poverty. As a result of the vocational and technical education provided by Salesian programs, Chilean youth are more likely to find stable employment and improve their standard of living.