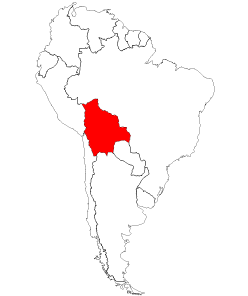 (MissionNewswire) The Salesian educational center Don Bosco El Prado in La Paz, Bolivia, has been impacted by the recent political and social protests in the region. On Nov. 6, the Salesian center had to close after police detonated five tear gas grenades inside the school, putting the safety of everyone, including the close to 1,000 students, teachers and administrative staff, at risk.

The students, who were going about their normal educational activities, experienced moments of anxiety and confusion caused by the tear gas. Hours later, the Red Cross and the local fire brigade arrived to address what looked like a possible fire inside the educational institution.

“It is something incredible, unbelievable. Anything could have happened due to the chaos that then arose, in addition to the damage caused by the gases. We had to wonder who the security forces were giving security to,” said Father José Iriarte, director of the center.

The social protests in Bolivia are increasing and heightening in intensity, report Salesian missionaries on the ground. The protest started after the disputed Oct. 20 elections, which established the incumbent President Evo Morales as the winner. But the opposition rejected the result, denouncing the elections as manipulated.

The protests started in the country’s main cities and have continued on in other smaller cities and towns. On Facebook, the Catholic Archdiocese of La Paz left a statement: “Before the tense situation in the city center, we launch a call for special attention from educational institutions, especially regarding the use of chemical agents. This afternoon this happened in the Don Bosco Educational Unit El Prado. We don’t want violence, we are grieved to show these images that affect our children, where they normally follow the lessons. We pray for peace in Bolivia.”

The archdiocese is facing backlash now from the Bolivian government and is defending itself against accusations that it is promoting protests. The situation in Bolivia is not very different from the wave of protests that are affecting various Latin American countries. Salesians missionaries, in addition to always being close to the people who are suffering, are seeking to promote paths of dialogue and peace.

Salesian missionaries provide education and social programs across Bolivia that are tailored to meet the needs of poor youth and their families. From primary and secondary education to technical and vocational skills training, Salesian educational centers are ensuring youth are able to gain the skills needed to find and retain stable employment.

The geography of Bolivia contributes to the overwhelming poverty of its residents. Large swaths of the country remain undeveloped with a lack of roads and infrastructure in place, negatively impacting the indigenous farming populations who typically live there.