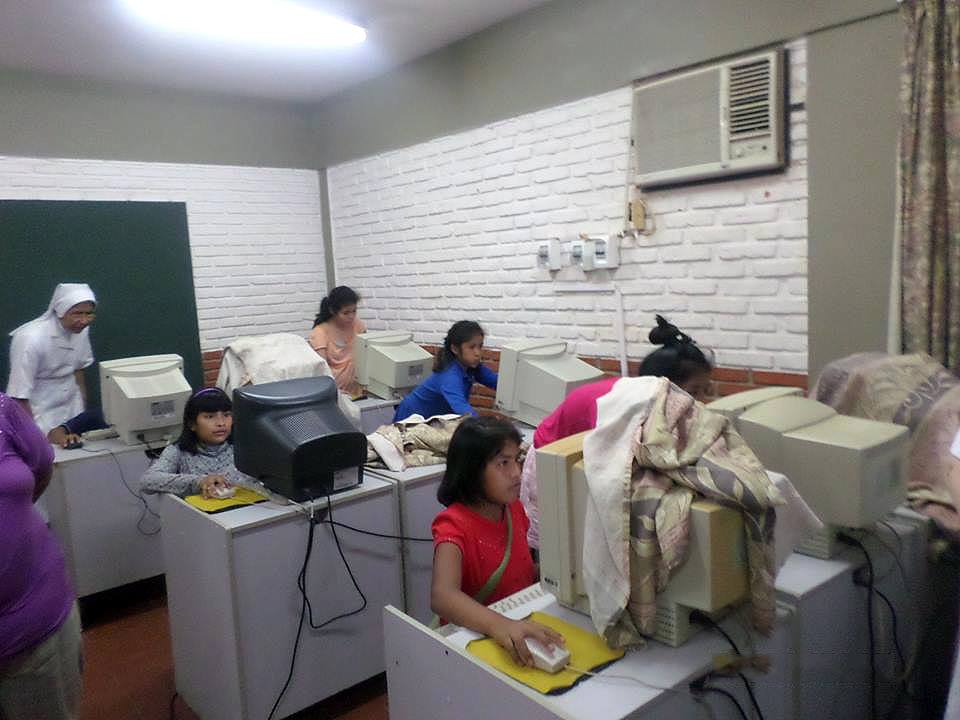 (MissionNewswire) Young students learning and residing at the Salesian-run Casa Maín girl’s home in Santa Cruz, Bolivia attended a three-week workshop to learn basic computer skills including typing, word processing and drawing. Following the training, the students were able to present what they learned at a school expo.

The goal of the workshop was to help young girls learn some basic computer and technology skills to benefit them in their current studies and help them prepare for future employment.

“Because Salesian missionaries are already living and working directly in many communities they are able to effect change from the inside rather than being viewed as outsiders. They are able to educate community leaders about the importance of gender equality and the benefits of girls’ education for the whole community,” adds Fr. Hyde.

Started in 1992, the Casa Maín girl’s home provides shelter, nutritious meals and schooling for young girls with little access to education and those who were once living on the streets. Currently, there are more than 160 girls living and being educated at the home. Casa Maín is comprised of three houses and the girls are divided among them by age. The youngest girls, attending elementary school, live together in one house supported by several volunteer students from the secondary school. A second house provides shelter and peer support for girls attending secondary school while a third house is for young women attending the local university.

The university students enjoy a setting that allows them to finish their degrees in higher education in a stable environment while learning how to live independently. In addition to academic classes, the young women and girls at the home learn skills in communication and conflict management. Additional classes in dance, gymnastics and crafts are provided in the evenings and on weekends.

“There may be many barriers to overcome in providing girls and young women the same educational and workforce advantages as boys, but there is also huge potential,” says Fr. Hyde. “Young girls that are able to gain an education are empowered and can lead a life of financial independence, often marry at an older age and tend to make better and healthier choices that affect not only their lives but their families and communities as well.”

Bolivia is the poorest country in South America and also has the most unequal income distribution on the continent. According to UNICEF, 60 percent of Bolivians live below the poverty line with 40 percent of those living in extreme poverty. The poverty rate is higher in rural areas where the rate increases to 75 percent of the population. It is common for Bolivians to struggle to find adequate nutrition, shelter and other basic necessities.

The geography of Bolivia contributes to the overwhelming poverty of its residents. Large swaths of the country remain undeveloped with a lack of roads and infrastructure in place, negatively impacting the indigenous farming populations who typically live there. Only half of rural children complete primary school and many others leave school to help support their families, according to UNICEF. There are others who are left homeless by parents who cannot afford to care for them and those who leave their homes to escape violence.

Through a combination of outreach, tutoring, technical training and school programs, Salesian missionaries living and working in Bolivia work to support the many homeless and poor youth throughout the country.