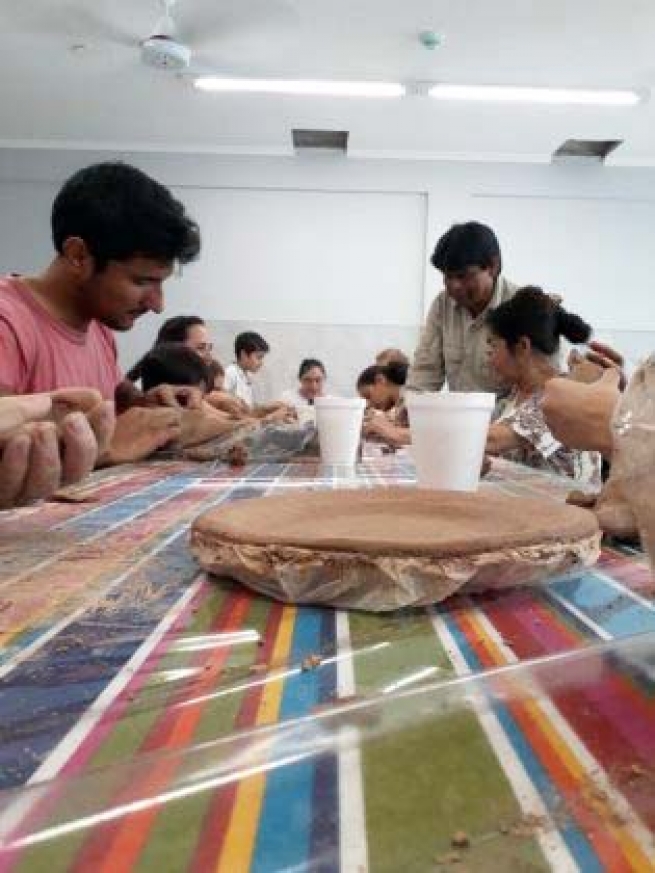 (MissionNewswire) The Salesian Intercultural Vocational Training Center in Resistencia, the capital and largest city of the province of Chaco in northeastern Argentina, has recently inaugurated a new building. This new space enables more youth to attend skills training to find and retain a useful profession or trade for their future, build important relationships and improve their quality of life.

The new structure was made possible thanks to the contribution of the Swiss Papalin Foundation and the Swiss Don Bosco Jugendhilfe Weltweit. The new building will house five new vocational training courses, one for each day of the week, in collaboration with the Cultural Institute of the province.

The courses, which will last for four months, will be led by members of the Qom community, one of the country’s Aboriginal ethnic groups. Courses in pottery, the preparation of baskets, wind instruments, string instruments and other instruments will be offered.

“The students attending these skills training classes are from families and communities that have been marginalized and have very few opportunities for education and job advancement,” says Father Mark Hyde, director of Salesian Missions, the U.S. development arm of the Salesians of Don Bosco. “Salesian education aims to open doors for these individuals and help them gain the job skills needed to find work in the local economy and be able to support their families and give back to their communities.”

The Salesian Center in Resistencia was initially established on Dec. 8, 1941. Father Horacio Lóvine, Father Juan Rolando and Salesian Coadjutor Francisco Marozzi had been sent to Resistencia to open an oratory for youth and then later an institute. On June 21, 1942, six months after the start of the oratory, the Don Bosco Institute opened. The institute was started initially with 150 students, 45 of whom resided in the internal boarding house.

The structures built for the Salesian Institute also included a vocational training center for youth and adults and a higher formation institute, where since its inception, hundreds have been trained in many different job sectors and fields.

Salesian programs across Argentina are primarily focused on education. Salesian primary and secondary education in Argentina helps youth prepare for later technical, vocational or university study. Programs also help to support poor youth and their families meet basic needs of shelter, proper nutrition and medical care in order for students to engage in their education and have hope for the future.

More than a quarter of the people in Argentina live in conditions of poverty with no formal employment and poor-quality education, according to the World Bank. The country’s high school dropout rate is close to 37 percent and youth account for a third of those unemployed. Almost 12 percent of children aged 5 to 17 are working instead of in school and 20 percent need government assistance. Many face malnutrition, a lack of clean water and sewage, and inadequate housing.