(MissionNewswire) Salesian Missions has announced it is in the planning stages to open two new agricultural schools in Cambodia next year, just as World Food Day and a new report from the United Nations highlight the need for such programs.

“Investing in agriculture in developing countries is key as a healthy agricultural sector is essential not only to overcome hunger and poverty, but also to ensure overall economic growth and peace and stability in the world,” said Josette Sheeran, executive director of the World Food Program, in an Oct. 14 United Nations press release announcing the economic crisis has lead to a sharp increase in hunger, affecting the world’s poorest.

Salesian Missions currently operates more than 90 agricultural schools around the world. The plans for the two new schools in Cambodia – one in Poipet and the other in Battambang – should be in place early next year, according to Matt Welsh, program officer with Salesian Missions. When the schools actually open is largely based on when the necessary funds will be raised, he added. (Those interested in finding out how they can help should go to FindYourMission.org.)

“We are in the process of developing model farms at these two sites, where villagers will be provided relevant training in modern farming methods with the goal of increasing crop yields,” said Welsh who oversees specific Salesian Missions programs in Latin America, the Caribbean and Asia.

Like their counterparts in other countries, the agricultural schools will serve youth ages 15 to 20.

“These are young people from marginalized, disadvantaged families, who do not have the resources to send their kids to school otherwise,” said Welsh, who added that the schools are estimated to serve more than 100 students at a time.

“Salesian Missions has provided schools like these all over the developing world,” said Welsh. “Not only can they provide skills training, but also food for students and their families.”

Salesian Missions provides not only educational opportunities in more than 130 countries around the globe, they address core needs. The agricultural schools offer more than just agricultural training – they are often part of a larger program that also offers literacy education and other vocational training, in addition to feeding programs for hungry children.

“The core of our mission is to provide educational opportunities to the poorest of the poor. When the youth receive training, they stay and contribute to the local economy and the needs of their communities,” said Welsh. “This delivers benefits for years after they leave our institute.” 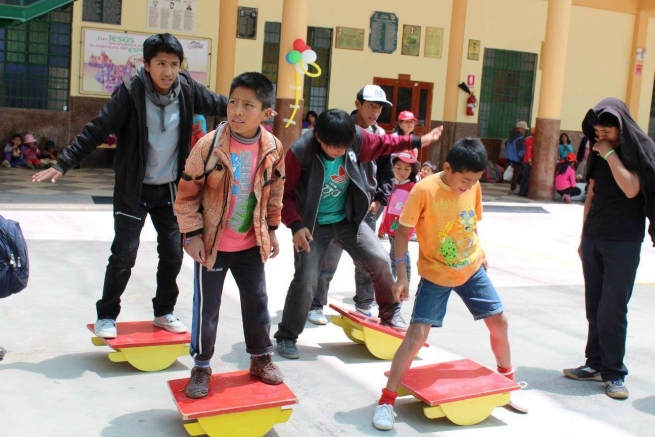 PERU: New Salesian Oratory Opens its Doors to 300 Youth and Families in Poverty