(United Nations) Secretary-General Ban Ki-moon today met with a range of world leaders and other high-level officials for discussions on a gamut of topics of global concern, on the margins of the high-level debate of the United Nations General Assembly.

The meeting between the Secretary-General and the President of Tunisia, Moncef Marzouki, saw the two men discuss the North African nation’s constitution-making process and women’s empowerment, as well as the President’s efforts to promote economic recovery and regional integration within the Arab Maghreb Union. They also discussed the impact of recent attacks in Tunisia by extremists.

Libya’s democratic transformation process, as well as the security situation in the country following the attack on the US Consulate in Benghazi, was a topic for discussion in the Secretary-General’s meeting with President of the General National Congress of Libya, Mohamed Yousef El-Magariaf.

They also discussed continued cooperation with the United Nations Support Mission in Libya (UNSMIL), and they agreed on the importance of the Alliance of Civilizations, especially in light of the recent intolerance and violence. Mr. Ban also underlined the need for a comprehensive review of the status of conflict-related detainees, and both men agreed on the need for human rights and due process to be respected.

Senegal’s long-running conflict in its southern Casamance region, as well as the latest developments regarding the prosecution of former Chadian Head of State Hissennè Habré, were covered in the Secretary-General’s meeting with the African country’s President Macky Sall.

They also exchanged views on the situation in Guinea-Bissau, Mali and the Sahel region, and on ways for the international community to support the region in addressing these crises. In addition, they discussed the importance of international partnerships to try to alleviate the problems resulting from global climate change, as well as drought in the Sahel.

The situation in Mali was also discussed in the Secretary-General’s meeting with the Foreign Affairs Minister of Burkina Faso, Djibrill Yipènè Bassolé. In addition, they discussed the upcoming electoral process in Burkina Faso and exchanged views on the situation in Côte d’Ivoire.

In his meeting with the President of Togo, Faure Essozimna Gnassingbé, the Secretary-General welcomed the African leader’s efforts to engage in national dialogue with opposition parties and encouraged him to work towards the creation of a more conducive environment for the conduct of legislative elections.

Mr. Ban and the President also discussed Togo’s efforts towards the achievement of the anti-poverty targets known as the Millennium Development Goals (MDGs) in the areas of education and agriculture. The UN chief underscored the importance of Africa’s constant efforts towards enhanced regional unity, coordination and cooperation for peace and sustainable development – and he urged Togo to continue to play a leading role in this regard.

Meeting with the Vice-President of South Sudan, Riek Machar Teny-Dhurgon, the Secretary-General commended the Government, and its President Salva Kiir in particular, for reaching agreements with the Government of Sudan on post-secession issues at a meeting in the Ethiopian capital of Addis Ababa earlier this week. The two men also discussed the current situation in South Sudan, particularly in the state of Jonglei.

Meeting with Burundi’s First Vice-President, Therence Sinunguruza, the Secretary-General thanked the African country for its contribution to peace in Somalia and welcomed its readiness to participate in peacekeeping efforts.

They also discussed the human rights situation and peace consolidation efforts in Burundi, including the establishment of the truth and reconciliation commission and preparations for the next elections.

In their meeting, the Secretary-General and the Federal Minister for European and International Affairs of the Republic of Austria, Michael Spindelegger, discussed a range of issues of mutual interest, including the Western Balkans, the Alliance of Civilizations and its upcoming Annual Forum to be held in Vienna in February 2013, and efforts to reform the UN Secretariat.

The two men also agreed that it is essential for the international community to pursue mutual understanding, tolerance and cooperation through cross-cultural dialogue.

The situations in Syria and Afghanistan were among the topics discussed in the meeting between the Secretary-General and Sweden’s Foreign Affairs Minister, Carl Bildt.

They agreed on the gravity of the situation in Syria, and the urgent need to find a solution and to address the humanitarian crisis there. Concerning Afghanistan, they discussed the upcoming elections and the importance of ensuring continued and long-term international commitment to support the Afghan people towards national reconciliation and stability.

The Secretary-General exchanged views on developments in the Western Balkans in his meeting with Slovenia’s Prime Minister, Janez Janša. They also discussed issues relating to the principle known as the responsibility to protect, and the involvement and participation of civil society in this context, in addition to discussing the situation in Syria.

Malta’s role as a strong advocate for tackling climate change, as well as its contributions to international efforts to combat piracy, was discussed in the Secretary-General’s meeting with the Mediterranean nation’s Deputy Prime Minister, Dr. Tonio Borg,

They also exchanged views on the situation in the Middle East and North Africa and Malta’s strategic role as “a bridge between North and South,” in addition to discussing the immigration and refugee issue in the Mediterranean region. The Secretary-General commended Malta’s efforts in this regard and recalled the importance of upholding the human rights of those affected.

The President of Albania, Bujar Nishani, emphasized his country’s commitment to UN principles and actions – especially regarding human rights, women’s empowerment and peacekeeping – in his meeting with the Secretary-General.

They discussed developments in Albania and UN-Albanian cooperation, and Mr. Ban thanked Albania for its support in piloting the UN’s Delivering as One initiative. They also exchanged views on progress in the areas of peace and stability in the region.

In the meeting between the Secretary-General and San Marino’s Minister for Foreign and Political Affairs, Antonella Mularoni, the two discussed the political and economic situation in the small landlocked nation and in Europe, with Mr. Ban thanking San Marino for its continuing support to the UN.

The Secretary-General discussed regional cooperation – particularly the need to find a mutually acceptable solution to the region’s water and energy challenges – in a meeting with Turkmenistan’s Deputy Chairman of the Cabinet of Ministers and Minister for Foreign Affairs, Rashid Meredov.

The two men also recognized the useful role of the UN Regional Centre for Preventive Diplomacy for Central Asia (UNRCCA) and its head.

Uruguay’s presidency of the Geneva-based Human Rights Council and its participation in UN peacekeeping operations were discussed in the Secretary-General’s meeting with the Latin American country’s Foreign Affairs Minister, Luis Almagro. Other topics discussed included the implementation of the Delivering as One programme in Uruguay, the issue of drug control and regional developments.

In the meeting between the Secretary-General and the Crown Prince of Brunei Darussalam, Prince Haji Al-Muhtadee Billah, the two men discussed issues related to UN-Brunei cooperation and the UN-Association of Southeast Asian Nations Comprehensive Partnership.

Also on Friday, the Deputy Secretary-General, Jan Eliasson, met with Nepal’s Deputy Prime Minister and Minister for Foreign Affairs, Narayan Kaji Shrestha. They exchanged views on Nepal’s peace and constitution-making process and the economic and social situation in the country, including the MDGs.

The Deputy Prime Minister expressed appreciation for the role of the United Nations in Nepal’s peace process, and briefed Mr. Eliasson on current efforts to end the political deadlock and to move forward, including possibly through new elections. The Deputy Secretary-General was encouraged by the new efforts and urged the Nepalese parties to complete the constitution-making process without delay while protecting the gains achieved so far.

The pair also exchanged views on the importance of transitional justice and international standards in the context of Nepal’s peace process, and Mr. Eliasson expressed his appreciation for Nepal’s contribution to United Nations peacekeeping.

See this article at its original location at UN.org: http://www.un.org/News/ 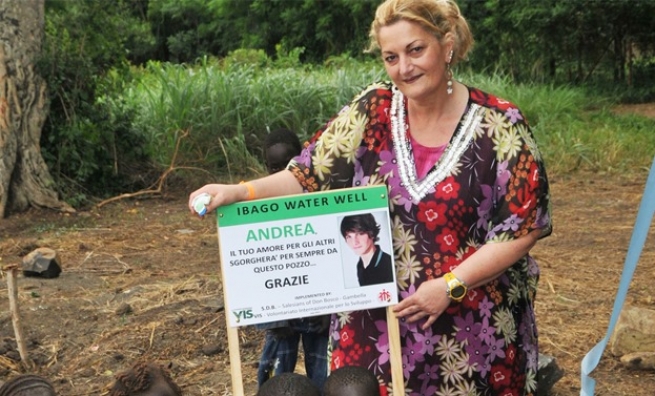 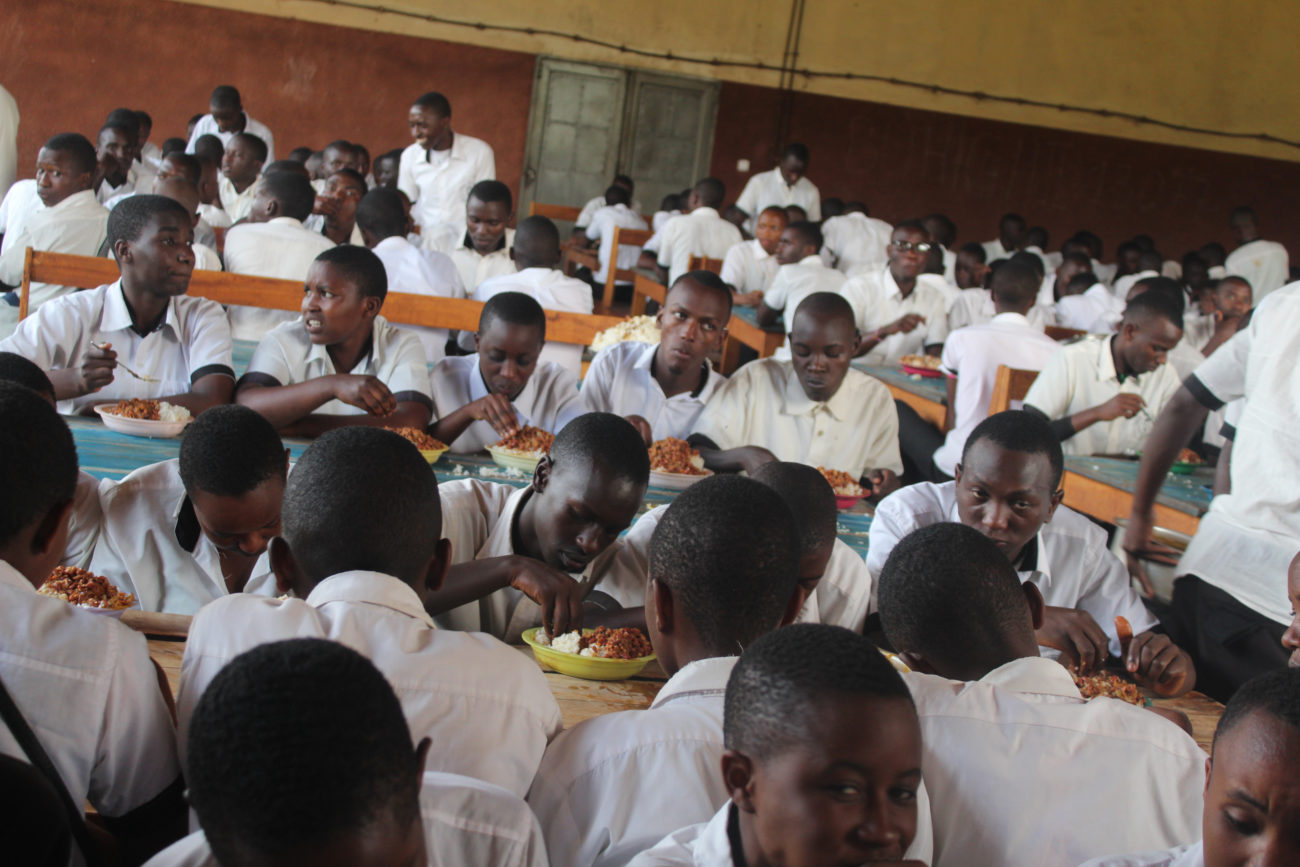