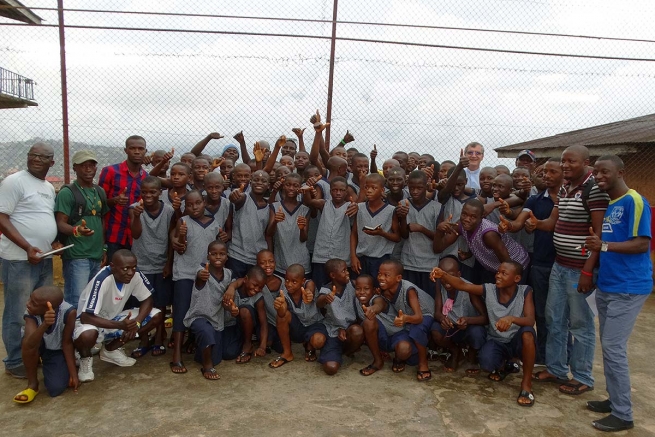 (MissionNewswire) Salesian missionaries have been serving in Sierra Leone since 2001, when they began working to rehabilitate former child soldiers. In the years since, Don Bosco Fambul, located in the country’s capital city of Freetown, has become one of the country’s leading child welfare organizations—offering food, clothing, crisis intervention services, shelter, educational opportunities, long-term counseling and family reunification. 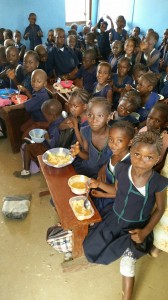 “Don Bosco Fambul offers tailored programs to best meet the needs of youth in our care and decrease the risk for youth who are living on the streets with nowhere else to turn,” says Brother Lothar Wagner, director of Don Bosco Fambul. “Once in our programs, Salesian missionaries are able to help these children by providing critical social and educational services, reunifying them with their families when appropriate or connecting them with shelters and more long-term care, if needed.”

Don Bosco Fambul reaches out to an estimated 2,500 street children in the region each year. Transformation for street youth starts with the Salesian rehabilitation and reunification programs operated at Don Bosco Fambul. The success of the street children rehabilitation program is credited to the organization’s holistic approach focusing on attending to basic needs (food, clothing and a safe place to sleep) as well as personalized medical, psychological, pedagogical, social and spiritual care of the children. This gradual process includes formal classes, daily games, sports, music, singing, drama, dancing, counseling and prayer. Their parents and extended families are contacted several times by social workers before final reunification.

On reunification day, an agreement is signed between parents and Don Bosco Fambul in order to secure a safe environment for the child to continue his personal growth, including ensuring he will have the food, clothing, shelter and education he needs. Social workers continue to visit youth and their families until they finish secondary school.

Along with these services, Don Bosco Fambul offers tailored and targeted programs to address the needs of poor and at-risk youth in Sierra Leone.

Don Bosco Fambul operates the Child Hotline 116, which is an around-the-clock counseling hotline staffed by social workers—along with other trained professionals—offering hope and services for children who are living on the streets. The hotline was invaluable during the Ebola epidemic, providing prevention information. 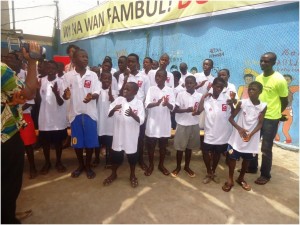 Salesian staff at Don Bosco Fambul makes it a point to go out into the community to do specific outreach for street children. Thanks to a bus donation, missionaries launched the project “Mobile unit for the protection of children at risk on the streets of Freetown, Sierra Leone” funded by the Extremadura Agency for International Cooperation for Development. Often youth living in rural areas of Sierra Leone leave their village communities in search of a better life in Freetown, only to find once they are there that there is little opportunity available to them. Some minors end up working as domestic servants while others are forced by their parents into prostitution or sold in markets to help the family financially. Other children have been orphaned as a result of the Ebola epidemic.

The result is that there are thousands of children living on the streets of Freetown, suffering from malnutrition, diseases, abuse, labor exploitation and sexual violence. They are denied education and have little hope for the future. The bus travels to the poorest neighborhoods of Freetown and is a point of safety and support for at-risk youth. The bus is staffed with health personnel and social workers who have experience with street children. Children are able to access food, clothes, showers, and medical and basic health care. The bus also provides an opportunity for Salesian staff to provide youth with more information about programming at Don Bosco Fambul to help them come in off the streets, access shelter, and attend school.

Close to 200,000 young girls and older women were sexually assaulted during Sierra Leone’s decade-long civil war, according to UNICEF. And although the war has stopped, the sexual violence against women continues. Young women are at risk for sexual violence, trafficking and forced pregnancy, among other atrocities. Today, one third of girls are forced into marriage and often sexually assaulted by their husbands before their 15th birthdays. In addition, 90 percent of girls are subjected to female genital mutilation. Don Bosco Fambul has been operating the Girls Shelter for the last five years. Salesian missionaries, professional social workers and pastoral workers provide crisis intervention and follow-up care for girls and young women who have been victims of sexual assault. Girls that access the shelter services are also able to attend educational programs that are a part of the broader Don Bosco Fambul network of programs. These educational programs give young women the skills necessary to find and retain employment.

Salesian missionaries from Don Bosco Fambul have been actively providing services to young prisoners incarcerated at Pademba Road Prison. A long-term partnership between the prison and Don Bosco Fambul was established to allow missionaries to provide a number of services, including the development of a youth counseling center to give youth and their families the necessary tools for rehabilitation and reintegration upon release. Salesian missionaries provide food and water for the young inmates while also offering counseling services, medical assistance and therapy to ensure inmates are mentally fit when their prison terms have ended. Through their work, missionaries reach 250 inmates with their prison program.

In collaboration with Catholic Caritas and Sierra Leone Prisons Service, Salesian missionaries launched the Legal Support Project in 2014, providing the most disadvantaged inmates critical legal representation to ensure their rights are upheld. Many of the prisoners assisted through the project do not have family outside the prison to ensure that the court and prison system acts in a fair and balanced way. This project helps to ensure they have fair representation as Salesian missionaries work for their release.

Currently in search of funding to help support their work, Salesian missionaries would like to start a formal education program in the prison in addition to skills training to help inmates learn trades in subjects like masonry, plumbing and welding. The goal is to help young inmates who are illiterate or who dropped out of formal schooling gain an education and complete both primary and secondary education. For others, the skills training provides an opportunity to learn a trade for long-term employment upon their release. Those who are released with few skills and no employment prospects are at risk for returning to criminal activity for survival.

Don Bosco Fambul was on the forefront of efforts to help prevent Ebola in communities throughout Sierra Leone and provide care for children left orphaned by the deadly epidemic. The organization received Sierra Leone’s Presidential Award in recognition of its contribution in fighting Ebola. During the Ebola outbreak, Don Bosco Fambul mobilized its staff and immediately began providing information about the prevention of Ebola. Salesian missionaries worked with local communities to provide food aid and education about Ebola while disseminating protective clothing including long-sleeve shirts and cleaning and disinfecting agents such as chlorine. In addition, the organization provided 20 mobile hand washing basins fitted with taps and hygiene-related products to Sierra Leone’s Ministry of Social Welfare, Gender and Children’s Affairs for use in Freetown.

The organization also began advertising its free child hotline as a preventative defense against Ebola in May 2014, and youth were encouraged to call to access critical information about the virus. More than 25,000 calls about Ebola were answered and fielded. The data gathered as a result of the calls helped the country’s national registration office identify Ebola hot spots and crisis regions.

Don Bosco Fambul, with assistance from the Catholic non-governmental development organization, Manos Unidas of Spain, also transformed a school into a home for 120 boys orphaned by Ebola. This unique care center for orphans on the Don Bosco Fambul campus meets the children’s basic needs while providing schooling and education on health and hygiene. Precautions around health and hygiene, including a focus on preventative measures, are extremely stringent since the orphans have all been in contact with people infected by Ebola. 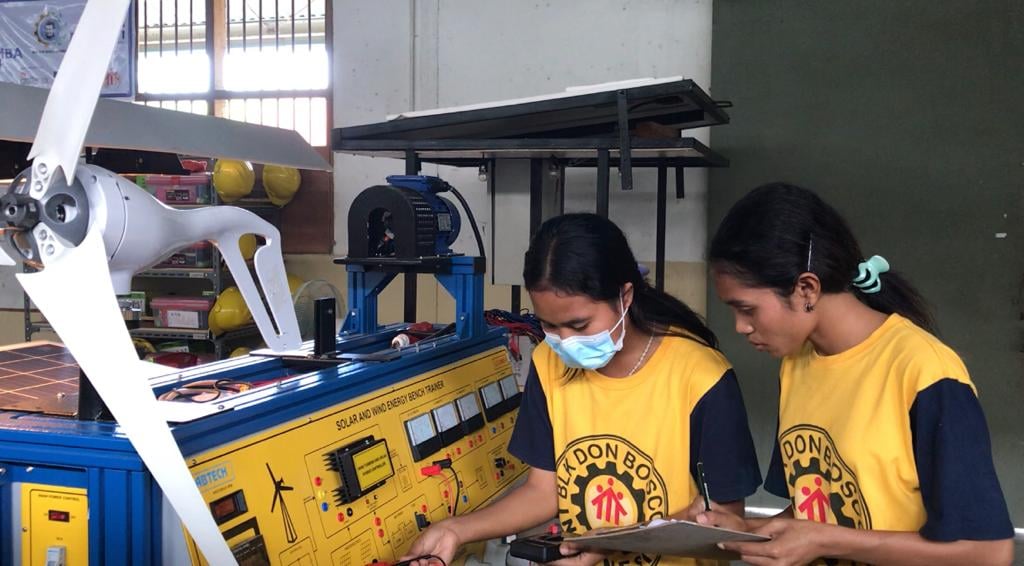 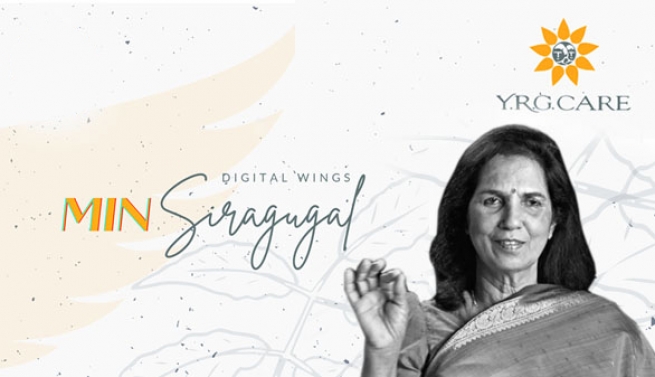 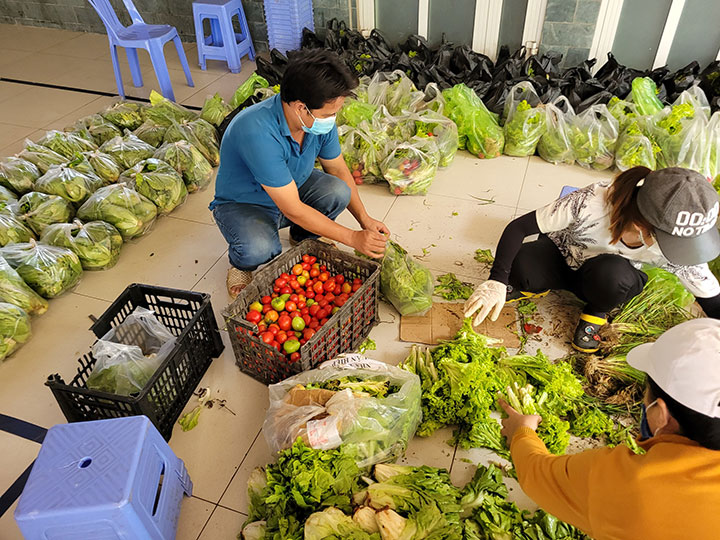