PARAGUAY: Youth from the Salesian Carlos Pfannl Agricultural Institute plant 600 trees as part of the Don Bosco Green Alliance “Do not suffocate our future” campaign 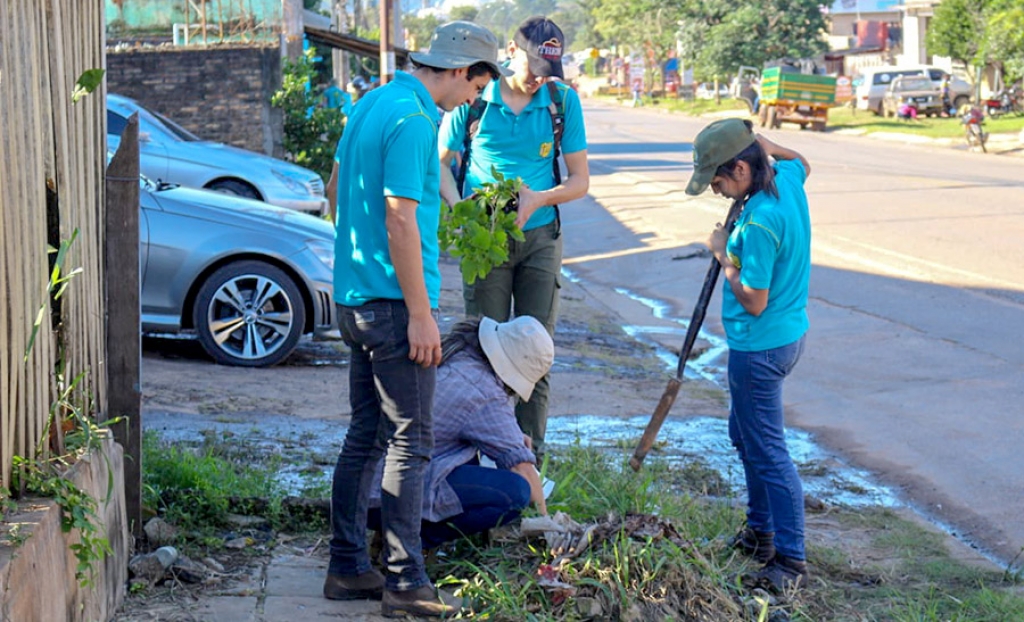 (MissionNewswire) Salesian youth from the Salesian Carlos Pfannl Agricultural Institute, located in Coronel Oviedo, Paraguay, planted 600 trees in the city for World Environment Day which was celebrated on June 5. Youth were assisted in the project by agronomist engineers and teachers from the institute and by members of the Oventense Civil Environmental Organization.

Participating students announced that this was only the beginning of their support for the environment and invited all educational institutions, especially Salesian educational centers, to give priority to ecological projects. The event was part of the “Do not suffocate our future” campaign organized by the Don Bosco Green Alliance.

“The Don Bosco Green Alliance is an important part of our Salesian youth ministry today,” says Father Savio Silveira, the convener of the Alliance. “Young people feel very strongly about the environmental crisis since they understand well the impact it has on their lives and their future. Accompanying young people as they seek solutions to environmental issues has to be an aspect of our youth ministry. Care for God’s creation is very definitely an integral element of our Salesian youth spirituality.”