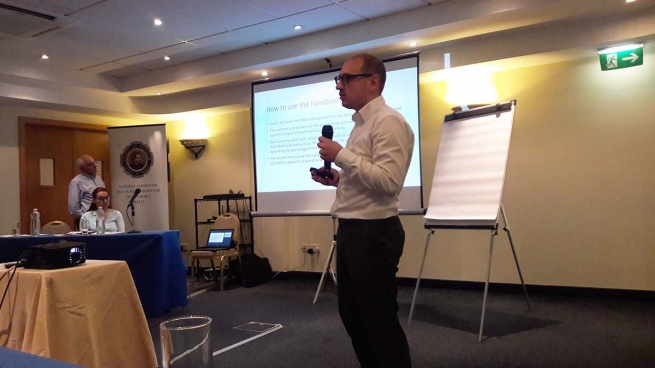 (MissionNewswire) In May, the Salesian National Federation of Past Pupils and Friends of Don Bosco in Malta launched a new mentoring program to assist homeless youth. The new program is funded through Erasmus+, the European Union’s program to support education, training, youth and sport in Europe. The goal of the new mentoring program is to help vulnerable youth discover more about themselves and their environment to encourage a path to higher achievement and stability.

The program, known as “Mentor Power” has brought together 20 organizations to attend a seminar in addition to offering a handbook and training manual. Together these tools will be used by Salesian missionaries during the program to help youth.

Bryan Magro, president of the National Federation of Past Pupils and Friends of Don Bosco which is the lead organization on the project, said, “Our intention was to create a handbook and training guide that would be implemented in our own mentoring program. But we also wanted to create a tool that can also be used by other organizations in developing their own programs to help vulnerable young persons. The response to this project by other organizations was overwhelming, and we are also looking at ways of collaborating with each other on further projects related to mentoring.”

In addition to the mentoring program, this summer, the National Federation of Past Pupils and Friends of Don Bosco is opening a new home for three young people who are homeless or lack the support of a family called the Marvelli Residence. This project is in partnership with the Maltese Association of the Order of Malta and Osanna Pia Home.

According to UNICEF, despite the wealth associated with many countries in the European Union, close to 18 percent of its population lives in poverty in Malta. Youth at risk of poverty or social exclusion are typically found in single parent families, large families and immigrant and ethnic minority families. With almost 10 percent unemployment, often spanning generations, youth with unemployed or underemployed parents also face a higher risk of poverty. In addition, almost 15 percent of youth leave school without achieving a secondary education.