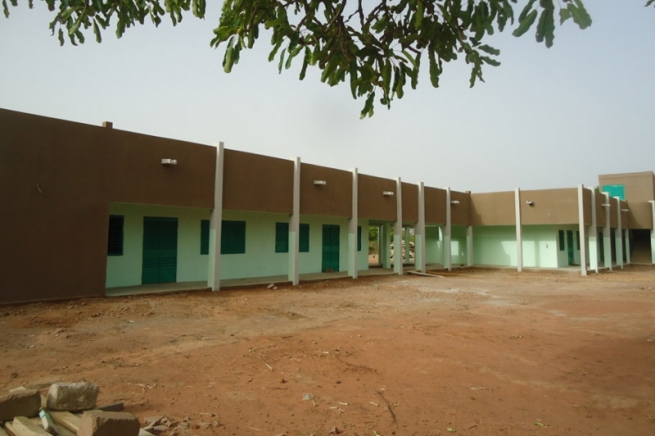 (MissionNewswire) In May 2016, after construction was completed on Foyer Don Bosco, the educational facility opened in Touba, a small town in the Koulikoro Region of southwestern Mali. The facility is part of a project named “Guaranteeing access to a quality education for the displaced youth of the rural areas of Touba, Mali,” which has been made possible through funding by the Extremadura International Cooperation Agency for Development (AEXCID) and the Municipality of Utrera.

Foyer Don Bosco is part of the larger St. John Bosco School Complex, an educational center that hosts 60 boarding students who come from rural areas and poor families. Thanks to this new educational facility, youth will now have more opportunities to gain an education and continue their studies. Funding from the project has also provided a new classroom and sports equipment for the center so youth have a chance to participate fully in their school activities.

This project also aims to improve the quality of the educational services provided by investing in teacher education, the purchase of books for the library, the creation of a study hall that will remain open all day, and on the strengthening of the management and planning capability of the center. The goal is provide poor youth in Mali the educational opportunities needed to gain the foundational schooling and then later the vocational and technical skills needed to find and retain employment.

“Education is always our primary focus,” says Father Mark Hyde, executive director of Salesian Missions, the U.S. development arm of the Salesians of Don Bosco. “But we know youth in Mali are dealing with much more than just having access to education. Salesian programs are tailored to meet the needs of the youth in the communities they serve. Homeless and malnourished youth are simply not able to focus effectively on their studies while they struggle to meet their basic needs. Our services provide food and shelter so youth are able to focus on the education provided.”

According to the World Bank, poverty in Mali is pervasive. Food sufficiency is dependent on the harshness and unpredictability of the climate, which is compounded by seasonal variations in the weather, which tend to be particularly acute during the pre-harvest period. While Mali experienced an overall drop in national poverty from 55.6 percent in 2001 to 43.6 percent in 2010, regional differences persist and in 2013, the poverty rate rebounded to 45 percent. Mali ranks 179th out of 188 countries on the United Nations Human Development Index for 2015.