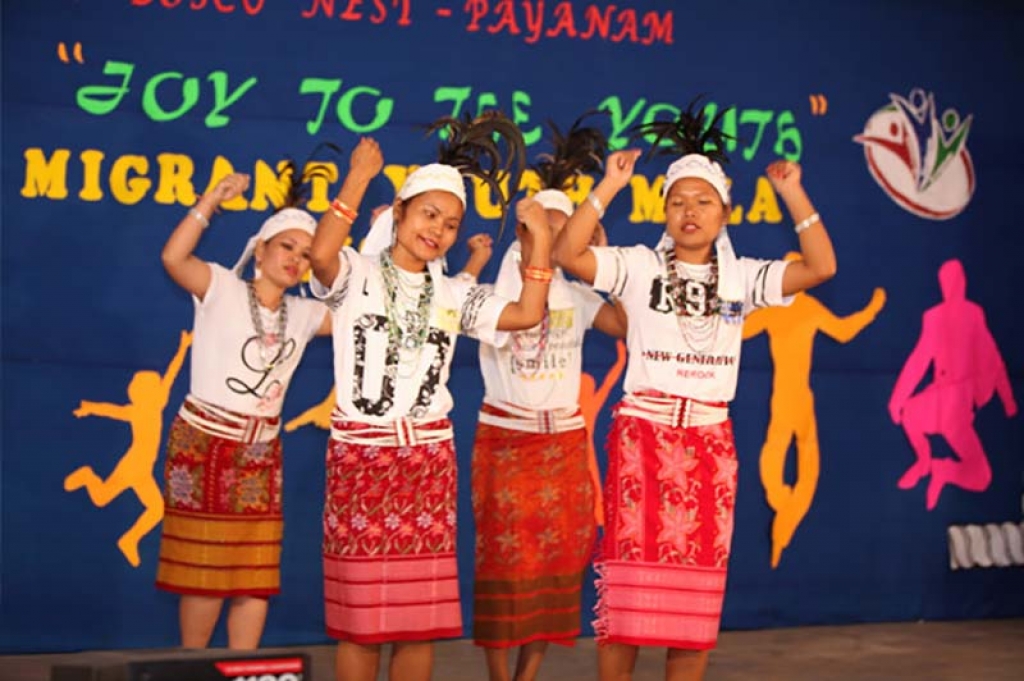 According to the International Migrant Stock 2019, a dataset released by the Population Division of the United Nations Department of Economic and Social Affairs, the number of international migrants reached 272 million in 2019, continuing an upward trend in all regions of the world. This is an increase of 51 million migrants since 2010. The UN reports that international migrants comprise 3.5 percent of the global population, compared to 2.8 percent in the year 2000.

Youth often leave their homelands in search of employment, education and a better way of life. Many youth choose or are forced to migrate to escape poverty, violence or conflict, or are displaced due to the effects of war or climate change. The UN notes that youth are heavily represented in migration for humanitarian reasons including as refugees, asylum-seekers and unaccompanied minors.

Salesian missionaries care for and provide educational services to youth migrants in countries around the globe. Unaccompanied migrant youth often face rejection, homelessness, exploitation and delinquency as they make their journey to find a new way of life. They are also at risk of human trafficking and exploitation.

“Salesian programs help young migrants adapt to their new environment through language training, human development, and skills training and workforce development services, as well as increasing access to jobs whether through self-employment or for hire,” says Father Mark Hyde, director of Salesian Missions. “A lack of employment is one of the root causes of migration in countries that see high rates of youth migrating to seek a better life elsewhere. In addition to helping young migrants, Salesian missionaries are working to create new educational and employment opportunities in countries youth leave as an incentive for them to remain at home.”

To mark International Migrants Day 2019, Salesian Missions is proud to highlight programs around the globe that provide life-changing education and social support to young migrants. 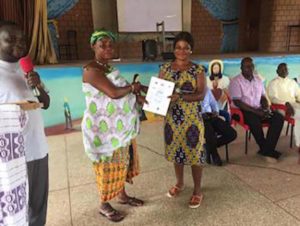 Salesian missionaries recently awarded diplomas to students who completed organic farming courses at the Salesian Agricultural School in Sunyani, Ghana. The first Salesian agriculture course in Ghana took place in 2016. Two other courses have been held annually. To date, 93 students have been trained. Many of these students are returning migrants who have decided to stay in the country, learn a skill and trade, and contribute back to their community.

Students taking the courses have learned to grow organically and to use greenhouses. These solutions increase the harvest since crops can be cultivated even during the dry season, and the annual distribution of produce can be better managed. Greenhouse crops are also an excellent deterrent against deforestation and climate change, as they do not need much space and do not require forests to be cut down to cultivate the land.

The organic farming courses are only the first step in empowering vulnerable youth and returning migrants. Four of the best students who recently graduated from the course benefit from the development fund that was set up just after the conclusion of the last course. Part of this development fund, known as the Fund for Agriculture and Tourism Development, is completely dedicated to microcredit, enabling startup funds for Ghanaian farmers.

The courses are part of the efforts to stop the flow of migrants and prevent human trafficking. The goal is to keep more youth in the country where they can earn a living safely. Salesian missionaries, in collaboration with the Salesian-run International Volunteer Service for Development (VIS) volunteers, created a Stop Human Trafficking campaign that highlights the risks of migrating and human trafficking and works to provide local education and workforce development to help youth remain in their own communities. Migrating to foreign lands in search of work and better opportunities is when youth are most at risk of trafficking. 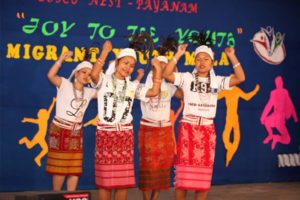 The Don Bosco Nest Center, located in the city of Thiruppur in the Indian state of Tamil Nadu, organized a Youth Festival for young migrants. The event was attended by more than 250 boys and girls. The festival featured various games and cultural activities including innovative presentations, dances, music and rituals.

Salesian programs across India have been working with migrants of all ages in educational and residential settings and by setting up special programs to meet their needs. In 2017, Salesian missionaries at the Don Bosco Veedu Society in Trivandrum launched a new initiative called “Shramik Kalyan Kendr” (SKK), which serves as a help desk for young migrant workers living in Trivandrum. The initiative was begun in response to the many migrant workers arriving at East Fort Junction as early as 5:30 a.m. to wait for potential employers to offer them work and to bargain for their day’s pay. The new SKK initiative reaches out to this large migrant population and provides services to them directly.

Before the program was launched, Salesian missionaries spoke to migrants and assessed what services they needed and then modeled the program to meet those needs. Through the SKK program, the Don Bosco Veedu Society now provides access to medical care, secure employment, language classes and assistance addressing grievances. 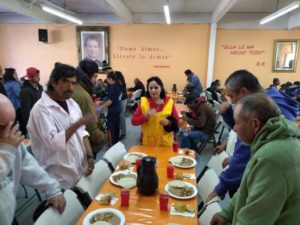 Salesian missionaries are providing assistance to thousands of migrants and people at risk through the Tijuana Salesian Project and the Salesian Refectory Padre Chava located at the Salesian Center in Tijuana, Mexico. The refectory provides meals and other assistance to migrants from Mexico, Central America and Haiti, as well as to homeless people, the elderly, people with disabilities and those suffering from extreme poverty.

Each day at the Padre Chava Refectory, 900 to 1,200 meals are served with numbers increasing during Christmas, Easter and summer. Recently, the numbers have been increasing due to the influx of migrants. Salesian missionaries are already serving their maximum number of 1,200 breakfasts and they are preparing to continue at that pace. In preparation, they are engaging 200 volunteers and additional supplies.

Those dreaming of being reunited with their families in the U.S. and those deported from the U.S. often arrive at the center with very little. The Padre Chava Refectory helps migrants obtain or manage their official papers and documents and plays a very important role in caring for the Haitian migrants who have flocked into Tijuana. In addition, Padre Chava acts as a hub for care packages such as food and clothing that have been sent as aid to those in Mexico in response to recent earthquakes in the country.

The Pinardi Federation of Salesian Social Platforms launched programs in Spain to help vulnerable unaccompanied minors. Many countries around the globe have been grappling with an influx of children and adolescents who have fled their home countries in search of safety, employment and a better way of life. However, many youth find that life in a new country, where they are at greater risk of social isolation, poverty and violence, is not any easier than the life they left behind.

An apartment in Madrid, donated by the Carmelite nuns at Parla, was set up to accommodate five children with a goal of expanding the program over time to reach more youth. The program is in response to a recent appeal by the Community of Madrid, through the Family and Minors General Management, to meet the needs of these children and adolescents.

The apartment provided is part of the Casa Garelli project, a Pinardi Federation initiative that provides apartments for youth between the ages of 18 and 21 who are at risk of social exclusion. This initiative was launched in February 2018 as a follow up to a similar program run by the Pinardi Federation for vulnerable young refugees.

Salesian centers across Spain employ 60 professionals and 200 volunteers to serve more than 25,000 migrants and refugees through 40 projects. Salesian missionaries and their network of programs across Europe are assisting European countries with the ongoing refugee crisis. Salesian programs provide humanitarian and educational assistance to refugees by helping them become fully-integrated and independent in their new countries and homes.

MEXICO: Salesian Center in Tijuana provides meals, shelter and other critical resources to migrants and those at-risk