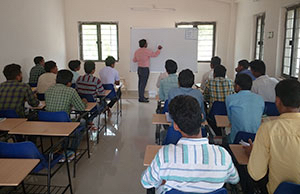 (MissionNewswire) The Don Bosco Youth Center, which is part of the Salesian Assumption Church located in Vijayawada in the Krishna District of India, has launched a new initiative thanks to Salesian Missions donors. The initiative will offer counseling to young adults with a focus on marriage preparedness and sound life choices. The donor funding will help support personnel and materials to implement courses for 100 participants.

While most Salesian centers and programs are known for their education and skills training, many also offer services that ensure the health and wellness of the youth they serve. Programs in India have long been providing counseling and other supportive services to help youth develop stronger relationships with their families and peers and better understand their life choices.

One of the best known Salesian programs in India with a focus on counseling and psychological support is Don Bosco’s Prafulta Psychological Services which was founded in 1998 on the campus of the Salesian St. Dominic Savio High School in Mumbai. The organization recently celebrated its 20th anniversary providing psychological services to youth and families in the region.

As a result of rampant poverty, child abuse and exploitation as well as high incidences of child labor, many poor youth in India face psychological and emotional difficulties. Often, parents are unable to deal with these problems at home so turn to school staff and teachers for extra support.

“Thousands of people had been reached by the organization in many ways and the ones who were trained by Prafulta further reached out to many others,” says Father Godfrey D’Sa, founder and director of Prafulta Psychological Services. “It is difficult to quantify our reach but we are in the process of building awareness of all that we do so that others know the importance of our work and issues within mental health.”