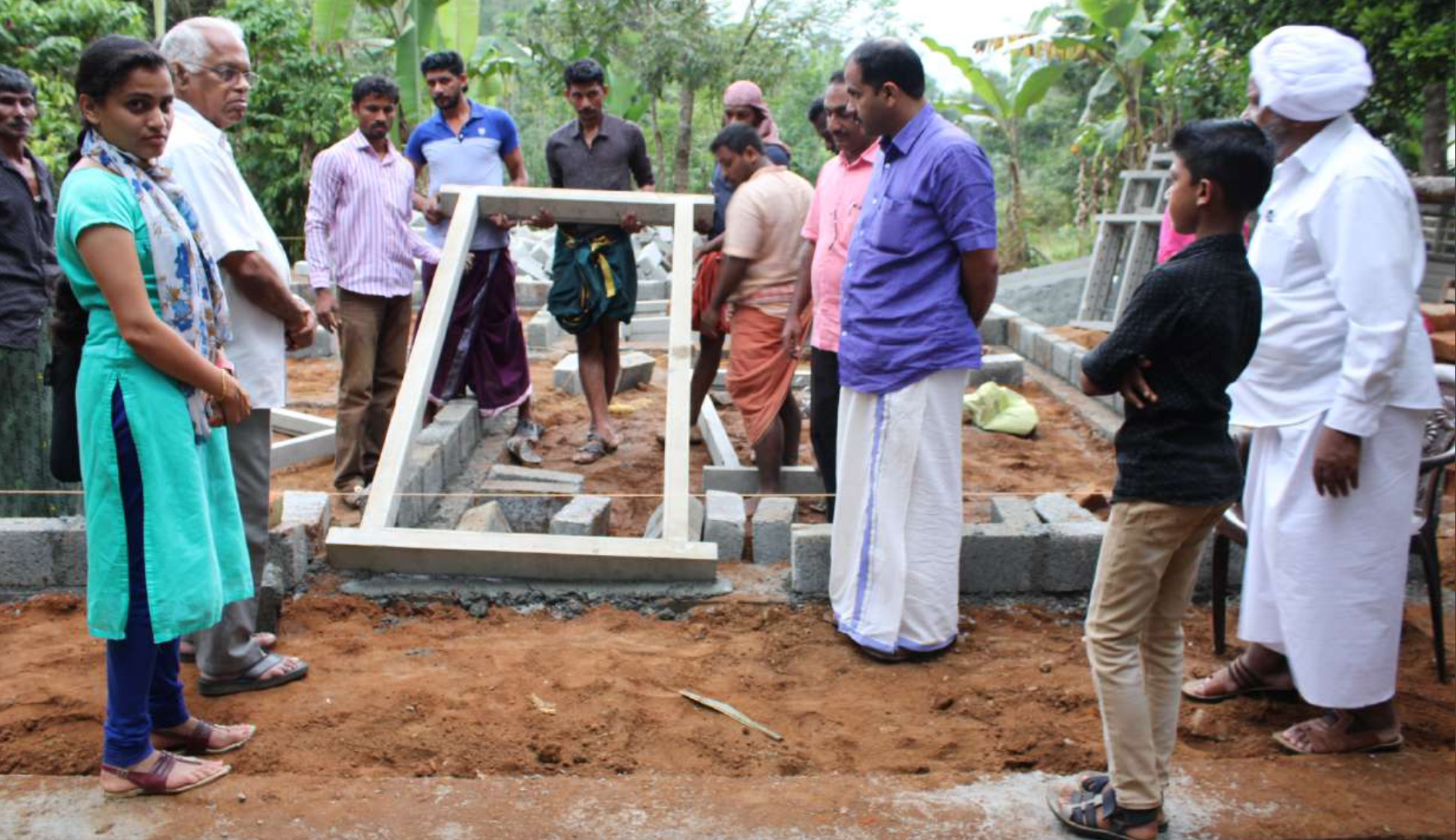 (MissionNewswire) The Office of Development of the Province of Bangalore (BREADS – Bangalore Rural Education and Development Society) has made significant progress in the rehabilitation of homes and livelihoods in the wake of flooding that devastated the Indian state of Kerala in August 2018. The flooding from the heaviest rains the region has seen since 1924 left more than 400 dead in Kerala alone and close to 1,000 total.

“In the aftermath, Salesian missionaries in India mobilized and coordinated efforts to provide aid and support to some of the more than 1,500 people that were in relief camps in various districts of Kerala in addition to others who were in need,” says Father Mark Hyde, director of Salesian Missions, the U.S. development arm of the Salesians of Don Bosco. “Salesian missionaries live in the communities in which they work so they are perfectly positioned to respond swiftly and effectively in times of crisis even when they are often affected by the same natural disasters and humanitarian crises as those they serve.”

After initial support was provided in the immediate aftermath, Salesian missionaries with BREADS began making a long-term plan for rebuilding in the region. They launched a #RebuildKerala campaign to mobilize human resources and support from Don Bosco institutions for the huge task of cleaning up houses, public institutions and neighborhood areas to help people return to their homes. Don Bosco formation houses (seminarians), colleges and high schools were engaged in the clean up campaign. Volunteer groups of youth, students and staff of Don Bosco institutions and youth centers reached out to 38 villages, cleaning 408 houses, three government offices/PRI institutions, one church and one retreat center.

BREADS was also successful in reaching out to graduates of Don Bosco institutions in Bombay and Bangalore who banded together to support the people of Kerala. A “Student to Student” campaign was launched in which children donated notebooks and education materials. The Don Bosco School in Matunga and the Dominic Savio School in Andheri also donated educational supplies for children affected by the flood.

BREADS, along with its partners, also engaged the ITI students at Don Bosco Sultan Bathery and Don Bosco Kottiyam in restoring electricity and plumbing to people’s homes. This was a tremendous boost to the effort to bring a sense of normalcy back to people’s lives, especially when skilled resources were very scarce and expensive. The students reached out to temporary shelters and homes, bringing light to 200 houses in Wayanad, Aranmula and Ranni and 76 houses in the Pathanamthitta district.

Within a month of the disaster, BREADS was ready to provide rehabilitative support to help people move on with their lives. With BREADS support, local Don Bosco institutions identified 90 families and purchased supplies and other necessities that helped local family farms and other small businesses sustain their livelihoods.

In addition, BREADS conceived a plan to build 100 houses for those who were left homeless. Work has already started on seven houses. In addition, Don Bosco Bhavan Mannuthy has constructed a home with the help of students and local donors, and Don Bosco College Kottiyam has started to build a house by mobilizing local resources with the help of its students.

Salesian missionaries continue their rehabilitation work in the region. To help support this work, Salesian Missions has a Kerala Fund available. To donate, visit www.SalesianMissions.org/give and select Kerala Fund to give.