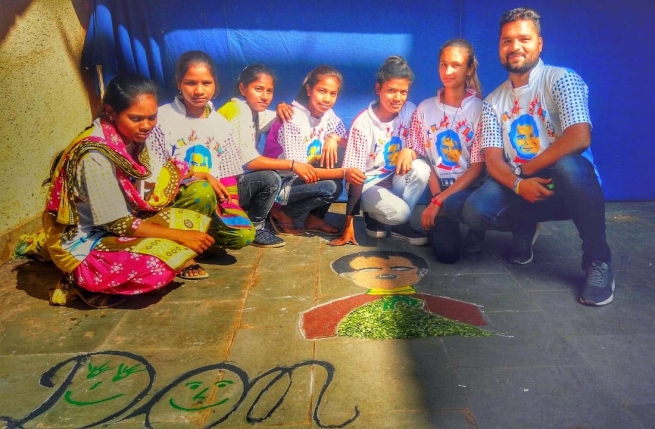 (MissionNewswire) Salesian missionaries with Don Bosco Narukot, located in the village of Narukot in the Gujarat State of India, are working with tribal communities in the region. They recently held a Salesian Youth Movement forum which brought together 96 tribal youth from Jalod, ChhotaUdepur, Narukot and Kawant. The theme for the event was, “Don Bosco’s Missionary Zeal for the Tribal Peoples.”

Salesian Father Pravin Makwana delivered the keynote address inviting the tribal youth to learn from their elders and to emerge as game-changers in a society that is fast developing. He said, “Don Bosco sent his very first missionaries to work among the tribal people and following in his footsteps, the pioneering Salesians in Gujarat embarked on the adventure of education and social uplift among the tribal people of this region. We have come a long way since then, and now we have to come together to carry forward this zeal of Don Bosco.”

Youth engaged in a dialogue about what it means to become leaders in their community and how to more fully participate in bringing about positive change within the villages where they live. The event also offered discussion groups on various topics important to tribal youth, group interaction and time for arts. Participants were able to learn important lessons and connect with their peers in a festive atmosphere.

Father Stanny Fereira, a Salesian pioneer in the Rath Vistar region, challenged the youth to live up to their identity. He said in a statement at the event, “It is now your task to live up to the great tribal ideals of self-worth, valor and commitment to a cause. You have to acknowledge, accept and own up your tribal identity which is getting lost in modern-day development. You are the future of your community, the future of our society and the future of India. You must rally together in unity so that you will be at the forefront of leading the change in mindsets and act with commitment.”

Salesian missionaries felt the day was a success. Father Shaun D’Lima, who coordinated the event, remarked, “This was a very challenging task, with so many difficulties, but we pulled it off. I hope this gathering will enable greater future initiatives for, with and of the tribal youth aspiring to holiness with our listening and accompaniment.”

ANS – India – Salesians to young tribals: “be at the height of your great ideals”